After an earth-shattering opening on Friday, the hugely-buzzed Saaho has witnessed a considerable drop in footfalls on Saturday but still remained massive in numbers. Saaho’s impressive numbers to three key points – Prabhas’ huge fan base, the much hyped wait for the film and early bookings. However, the weekend days will prove to be “crucial” for Saaho for “solid” first weekend numbers. 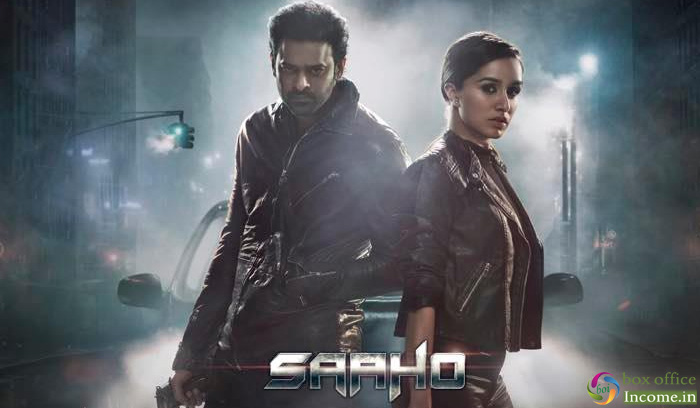 Starring Prabhas, Shraddha Kapoor, Neil Nitin Mukesh, Jackie Shroff and Chunky Pandey in lead roles, Saaho has a solid star power but unfortunately, got failed to impress critics with its content and received mixed reviews. Although the audience across the globe is still very excited to watch the movie.

With overall 85-90% of occupancy across the country, Saaho reported the stupendous business of 68.10 crores nett / 104.80 crores gross including all the versions (Telugu, Tamil, Hindi & Malayalam). This included 24.40 crores of it’s Hindi version and rest 43.70 crores from Telugu, Tamil & Malayalam versions on domestic box office.

On the second day i.e. Saturday too, it remained phenomenal and garnered the business of 54.10 crores domestically including 25.20 crores of Hindi version and 28.90 crores of Telugu, Tamil & Malayalam versions. With this, it’s 2 days domestic total has become 122.20 crores nett (49.60 crores from Hindi Version). Saaho is all set to cross 150 crores nett total by Sunday across India.

Though the reports for the film are mixed, the fact still remains that the weekend would be really huge as there is good advance booking for Sunday. Moreover, there is Ganesh Chathurthi holiday in some parts of the country on Monday and that would further result in good moolah been added to the film’s overall total.