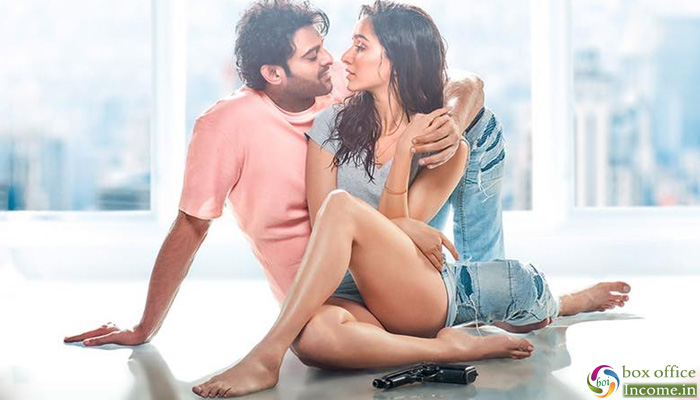 Sujeeth’s directorial Saaho is making a buzz from last 2 years, which has become stronger since after the release of its official trailer. Not only in terms of budget & star power, but T-Series’s presentation is also the biggest because of the humongous pre-release hype.

The craze of fans as well as audience toward Saaho is touching seventh sky and the film has already been declared houseful for the entire opening weekend before the release in most of the theaters of Andhra Pradesh, Telangana, Kerala and Tamil Nadu.

In north India too, Sujeeth’s this action thriller has registered wonderful advance booking so far and many theaters have sold all the tickets for opening day. With such historic pre-release buzz, one can easily predict the intensity of Saaho’s storm at box office after release.

While with higher pre-release buzz and screen count, it expected to collect more than 70-75 crores (20 crores in Hindi, 30-35 crore in Telugu, 15 crore in Tamil and 4-5 crore in Malayalam) at Indian market only. Meanwhile, Thugs of Hindostan had collected Rs 52.25 crore at the domestic market on its day 1.

It is the highest for any Bollywood film till date. On the other side, Hollywood biggie Avengers Endgame has the highest first day collection in Indian box office till date. It had earned Rs 53.10 crore on day 1.