Finally, the biggest film of the year Saaho has been released at the box office on Friday i.e. 30 August 2019 amid the great initial buzz. Saaho was premiered in some international markets on August 29 and it has done fantastic business in those regions. 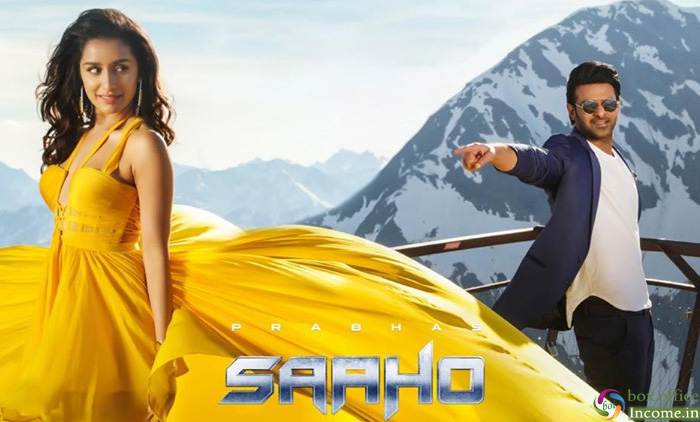 Directed by Sujeeth, highly-awaited Saaho has unfortunately got failed to live up to the expectations despite solid star power and received mixed reviews from the critics as well as the audience worldwide. Although the mixed word of mouth didn’t affect its run at the box office.

Released on 6700 screens in India including 2300 screens in south and 4400 theatres in north and 1800 cinema halls in the USA, UK, UAE, Australia, and other key international markets. The movie was released in a total of 8500 screens in Hindi, Telugu, Tamil and Malayalam version.

The Hindi version of Saaho was opened at a fantastic note with around 60% occupancy in the morning. Over the evening & night shows, it has remained almost stable and registered the opening business of 24.40 crores nett from 3000 screens, which is the third-best after Bharat (42.30 crores nett) & Mission Mangal (29.16 crores nett).

Now, the film will face big tests on Saturday, Sunday & Monday and the trend on these three days will suggest its fate at the Box Office. Made on a budget of nearly Rs 350 crore, it is one of the most expensive films to come out of India.