After an overall strong opening week, the much-awaited offering Saaho has passed its second weekend on a decent note than expected due to unfavorable reactions from the viewers. Superstar Prabhas and beautiful Shraddha Kapoor starrer this action thriller has unfortunately got failed to hit the target right. 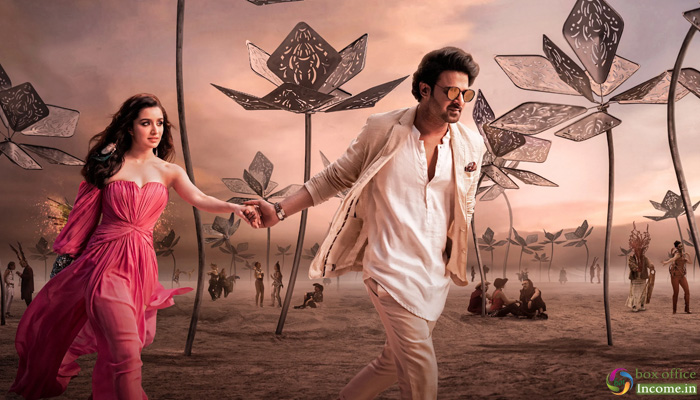 Produced by UV Creations and T-Series, Saaho has received mixed reactions from the critics as well as the audience due to weak direction and story-line. Many fans of Prabhas have also got highly disappointed by his selection of film. Saaho did the business of 79.08 crores on the opening weekend and 36.95 crores on weekdays.

On its 2nd Friday, the film has raked the business of 3.75 crores nett. Then on 2nd Saturday, it took a usual jump and registered the business of 4.60 crores. Then on the next day i.e. 2nd Sunday, Saaho showed a further jump in footfalls and bagged the amount of 6.60 crores.

With this, the total collection of the film after 10 days has become 130.98 crores nett at the domestic box office. Including all the versions- Hindi, Tamil, Telugu & Malayalam, it has grossed 392 crores worldwide including 319 crores gross from India.