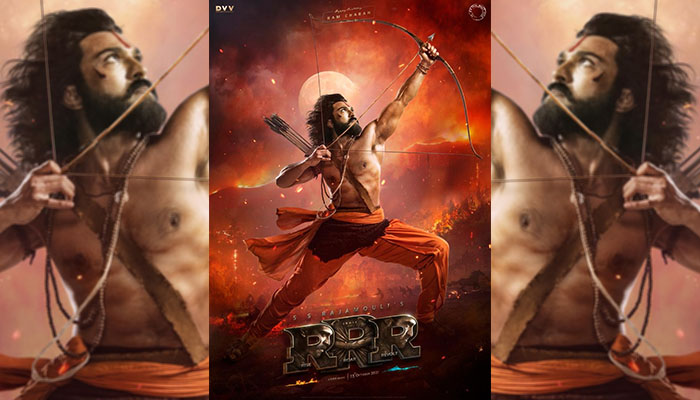 The makers are surely treating them with new posters at regular intervals. Just a few days back, Alia Bhatt’s first look from the upcoming magnum-opus was released. As Sita, Alia Bhatt looked ethereal and left us craving for more. Now the makers have hit another sixer as they have unveiled the new poster of RRR featuring Ram Charan.

SS Rajamouli took to his Twitter handle to share the poster and wrote, “The man of bravery, honour and integrity. Presenting my #AlluriSitaRamaraju to you all…” In the poster, Ram Charan is seen posing as a n archer flaunting his well toned body as he gets ready to shoot an arrow.

The film is a period drama like never before, a fictional take on the younger days of celebrated freedom fighters Komaram Bheem and Alluri Sita Ramaraju. The much-awaited Pan-India film will have a worldwide release on October 13, 2021, on the festive occasion of Dussehra.