SS Rajamouli’s upcoming magnum opus RRR has been grabbing headline ever since its announcement. From its stellar cast including Ram Charan, Jr NTR and Alia Bhatt to its shooting schedule – the film has been making the headline time and time again. And now they have some exciting news for all – the film’s release date! 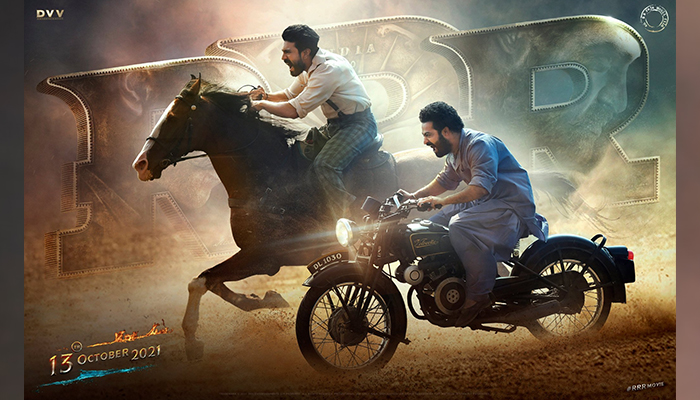 A while ago the film’s team and its leading stars took to social media and shared the news that a special announcement will be made today at 2 PM. And it’s here! The film will release on October 13. The official Insta handle of SS Rajamouli’s RRR shared the film’s release date some time back. They captioned the post, “This October 13, witness Fire 🔥 and Water 🌊 come together as a FORCE that has never been experienced before ✊🏻 The biggest collaboration in Indian cinema is set to deliver a memorable experience!!! THE RIDE BEGINS… #RRRMovie #RRRFestivalOnOct13th #RRR”

The film’s leading stars also shared the new poster with the release date on social media. Ram Charan wrote on Instagram, “Fire 🔥 and Water 🌊 will come together to make an unstoppable FORCE as you’ve never witnessed! Get Ready to experience Indian Cinema in its finest avatar on October 13, 2021 👊🏼” Alia Bhatt posted the same pic writing, “Get ready for RRR, in cinemas on 13.10.2021”

Talking about RRR, the SS Rajamouli magnum opus is being made on a lavish budget. The Ram Charan, Jr NTR and Alia Bhatt starrer is a fictional story set in the 1920s pre-independent era. It will reportedly be based on the lives of two real heroes who were well-known revolutionaries too. The film will be released in multiple languages including Hindi, Kannada, Malayalam and Tamil.