SS Rajamouli has debuted the motion poster and the title logo of his highly awaited next, RRR stands for Roudram Ranam Rudhiram and Rise Roar Revolt, on the occasion of Gudi Padwa, a day after announcing the same on Twitter. The film stars NTR, Ram Charan, Ajay Devgn, Alia Bhatt, Olivia Morris, Samuthirakani, Alison Doody and Ray Stevenson. 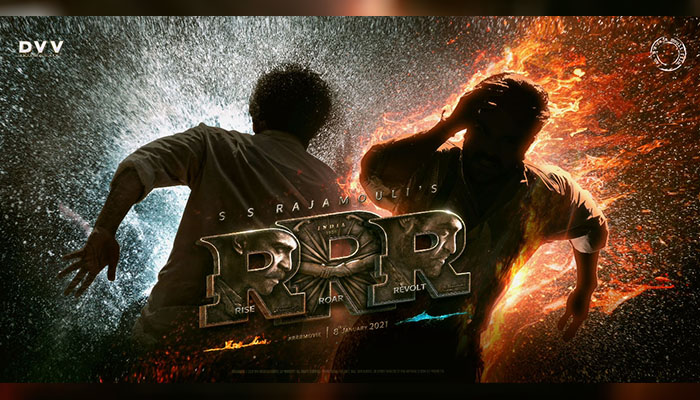 The Bahubali fame director, along with Ajay Devgn Films, took to Twitter to release of RRR’s motion poster. “When the powers of opposing forces like fire and water come together, intense energy is what you’ll have! Here’s the #RRRMotionPoster,” he captioned the post.

In the one-minute-long motion poster, Ram Charan’s character Alluri Seetharama Raju represents fire, while Jr NTR’s character Komaram Bheem represents water. When they join hands for the freedom struggle, revolution begins in the country. It ends with a logo of the Ashoka Chakra of the Indian flag.

In Tamil, RRR stands for Raththam (blood), Ranam (wound) and Rowthiram (fury). As reported earlier, RRR is a fictional tale of two Telugu freedom fighters, Alluri Seetharama Raju and Komaram Bheem. RRR is produced by D.V.V Danayya on DVV Entertainment banner and will release in 10 languages.