RRR, the period actioner starring Jr NTR, Ram Charan and directed by SS Rajamouli, has been making headlines since its inception. The film without any doubt happens to be one of the most talked about and awaited releases in the Indian film industry. 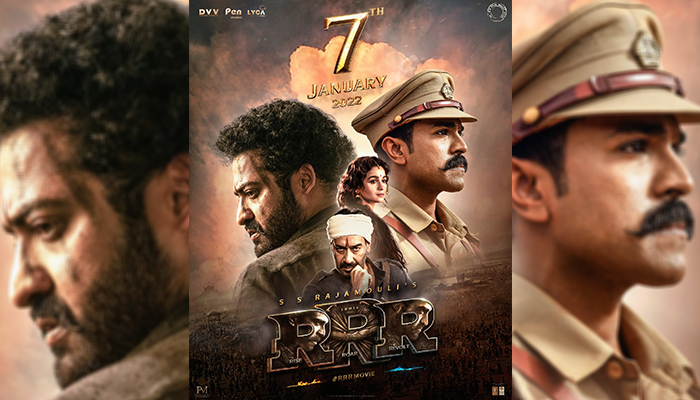 The film, which was earlier aiming for a Diwali release, is all set to entertain the audience in the first week of January. The new release date was announced on the official Twitter account of “RRR” film, alongside the latest poster from the movie featuring Ram Charan, Jr NTR and Bollywood stars Ajay Devgn and Alia Bhatt, who play a pivotal role in the movie.

The cast of RRR, too, shared the release date of the movie on the social sites. The film, produced by DVV Entertainments, was originally scheduled to release in October but was delayed due to the coronavirus pandemic.