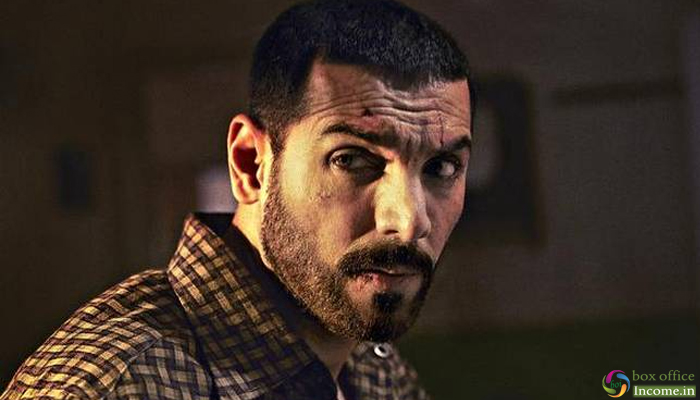 Produced by Viacom18 Motion Pictures & Kyta Productions, John Abraham starrer has unexpectedly received mixed reviews from the critics and got failed to get the desired attention from the audience in theatres. Also, as it doesn’t have mass appeal, so mass circuits are not contributing well.

On the opening day, Robbie Grewal’s directorial action thriller took a slow start in the morning but ended the day on a decent note and collected 6 crores. Then over the weekend with a fair growth, it minted the amount of 7.70 crores on Saturday & 9 crores on Sunday.

Now Romeo Akbar Walter has entered on weekdays and witnessed a usual drop in footfalls due to normal working days. On Monday, it faced a decline of 51.38% than Friday and raked the business of 2.92 crores. With this, its 4 days total collection has become 25.62 crores nett from around 2200 screens at the domestic box office.

John Abraham’s RAW- Romeo Akbar Walter is inspired by a true incident. The film is set against the backdrop of the Indo-Pakistan War of 1971. In the film, John Abraham has played the role of a spy. Also, Made on a budget of around Rs 35 crore