Director Robbie Grewal’s Romeo Akbar Walter released yesterday, with not much hype around it, and witnessed an average beginning at the box office. Romeo Akbar Walter (RAW), which is inspired by a true story in 1971, has registered around 10 to 15 per cent occupancy in morning shows on Friday. 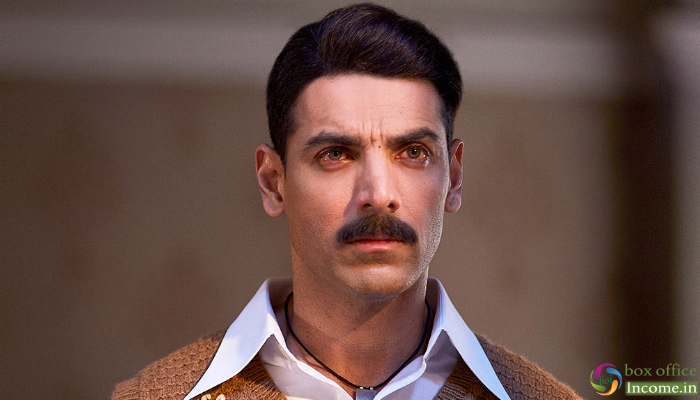 Romeo Akbar Walter {RAW} has received mixed reviews from the critics but got succeed to entertain many viewers in theaters. As a result, it gained a favorable word of mouth across the country. On Friday, Viacom18 Motion Pictures’ production took a slow start with an occupancy of only 10-15% for the morning shows.

With a decent growth post noon shows in multiplexes, the movie managed to collect the amount of 6 crores. The report also noted that the opening of ‘Romeo Akbar Walter’ is in the same range as his other films like ‘Rocky Handsome’, ‘Parmanu’ and the ‘Force’ films. The report stated that the growth was minimal on Friday evening.

Then on Saturday, Romeo Akbar Walter recorded a growth of around 26.57% in footfalls and minted the amount of 7.70 crores. With this, the total collection of John Abraham starrer after 2 days has become 13.70 crores nett at the domestic box office.

John Abraham’s Romeo Akbar Walter narrates the story of a real-life RAW agent, who devoted his entire life for the service of the nation. Besides John Abraham, the movie also features Mouni Roy, Sikandar Kher and Jackie Shroff in key roles.