Team RC 15 made a special announcement of their Pan India film on the occasion of Kiara Advani’s birthday. Kiara Advani joins the cast as the main lady. The Shankar directorial marks the second collaboration of Kiara and Ram Charan. The two have earlier collaborated for Vinaya Vidheya Rama, which released in 2019. 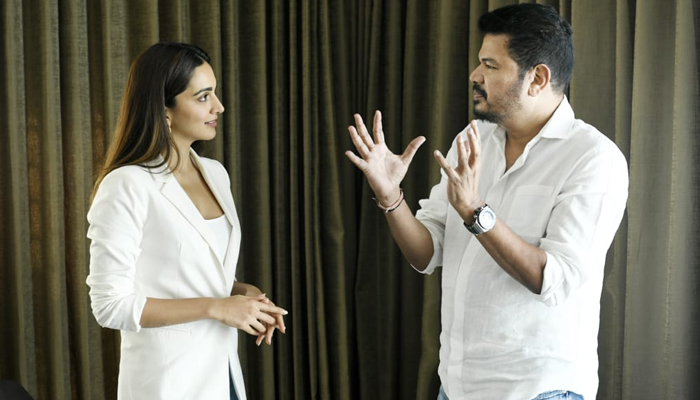 On Saturday, production house Sri Venkateswara Creations welcomed Kiara on board. “Joining us on this super exciting journey is the talented and gorgeous @advani_kiara,”.

Kiara who is excited about this collaboration says, “It’s definitely one of the best birthday presents I have gotten so far. I am excited as well as nervous to work with renowned and experienced names of our film fraternity. I am eagerly waiting to begin the shoot and hoping that this incredible opportunity is translated wonderfully on screen!”

‘RC 15 will release in 3 languages – Telugu, Tamil, Hindi. Directed by Shankar, the film is jointly produced by Dil Raju and Shirish Garu under the banner of Sri Venkateswara Creations for a Pan India release.

Meanwhile, Ram Charan is awaiting the release of SS Rajamouli’s RRR. The movie is a period drama on the fictional exploits of two real-life independence fighters, Alluri Sitharama Raju and Komaram Bheem. It is Jr NTR’s first collaboration with the ‘Mega Power Star,’ and it stars him as the parallel lead. Alia Bhatt, Ajay Devgn, Samuthirakani, Shriya Saran, and Olivia Morris are among the cast members. On October 13, it will be released in theatres.