Superstar Akshay Kumar, who will be seen playing an archaeologist in Abhishek Sharma’s directorial upcoming film, Ram Setu, has wrapped up the film’s Ooty schedule. The actor took to Instagram to share a photo from the hill station and informed his fans about the same. 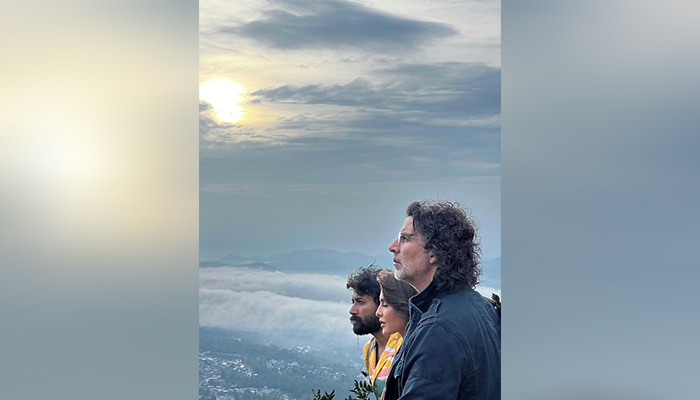 He captioned the post, “In the photo – or in life – there’s always that beautiful streak of light above dark clouds. Wrapped the Ooty schedule of #RamSetu. Hope the divine light always guides us through thick and thin. @jacquelinef143 @actorsatyadev(sic).”

In ‘Ram Setu’, Along with Akshay Kumar, Jacqueline Fernandez, Nushratt Bharucha and Satya Dev as his co-stars.

The movie is produced by Kumar’s Cape of Good Films, Abundantia Entertainment, Lyca Productions and Amazon Prime Video. Filmmaker Chandraprakash Dwivedi, who has directed Kumar in his upcoming period film “Prithviraj”, is attached as a creative producer.

Apart from this, Akshay has already shot three films during the last lockdown including ‘Prithviraj’, ‘Atrangi Re’ and ‘Rakshabandhan’. Meanwhile, he’s awaiting the release of his film ‘Bachchan Pandey’ and ‘Sooryavanshi’.