South megastar Ram Charan is all set to mark his 15th project with a massive collaboration. The actor is known for his action-packed performance in his previous films and will also be seen doing a film with his father Chiranjeevi and SS Rajamouli’s RRR. However, in this upcoming project, Ram Charan will be seen with Shirish Garu and will be directed by Shankar Shanmugham. 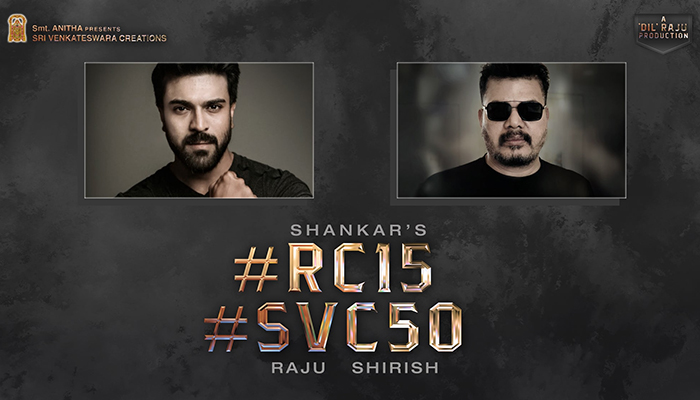 Jointly produced by Dil Raju and Shirish Garu, the yet-untitled multi-lingual project will be under Sri Ventakeswara Creations marking Ram Charan’s 15th project and crossing a milestone of 50th from for the SVC banner. The film will be released in Hindi, Tamil, and Telugu.

Talking about this large-scale project, producer Dil Raju shared, “I am extremely happy and elated to collaborate with India’s finest actor- Ram Charan and director Shankar Shanmugam. We are bringing this movie to PAN India audience with a vision of creating cinema that will entertain the masses.”

Ram Charan expressed his excitement for the project with a tweet that read, “Excited to be a part of Shankar Sir’s cinematic brilliance produced by Raju garu and Shirish garu. Looking forward to #RC15 ! @shankarshanmugh @SVC_official #SVC50”.

Ram Charan and Shankar’s film will be designed on an international scale. The makers are planning to leave no stone unturned to make it one of the biggest films to have ever hit Indian screens. With several high octane stunt sequences and adrenaline pumping action, Shankar and Ram’s passion project will be mounted on a lavish scale. This is Ram Charan’s first outing with the director, who is famous for his 100 per cent track record.