After a long haul of juggling schedules and cities, Radhika Madan wraps Homi Adajania’s upcoming show after shooting in Jaipur for months. The director shared the news in the most hilarious manner on his Instagram story by posting a picture of a wrap. 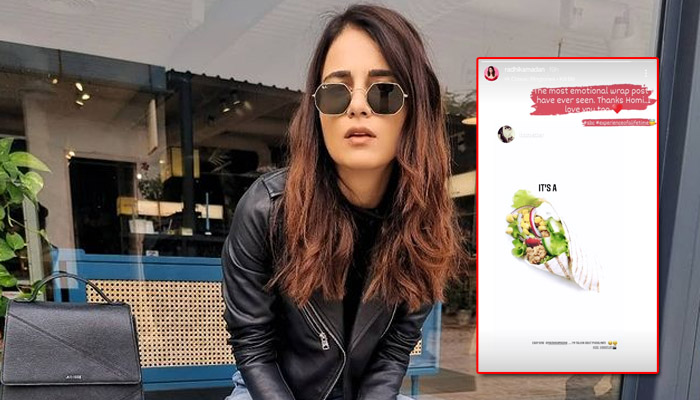 Radhika Madan quickly responded to the same saying, “The most emotional wrap post I have ever seen. Thanks Homi I love you too ❤️ #sbc #experienceofalifetime.”

Having made a mark as a versatile actor with varied, unique and experimental roles, Radhika Madan has carved her niche and emerged amongst the most promising stars in India. With an interesting list of upcoming projects to her credit, Radhika Madan has got the audience awaiting her releases.