The multilingual star Raashii Khanna who has been quite occupied with work lately has shared a sneak peak of her look from her upcoming film Sardar directed by P.S Mithran to peak the interest of her fans. 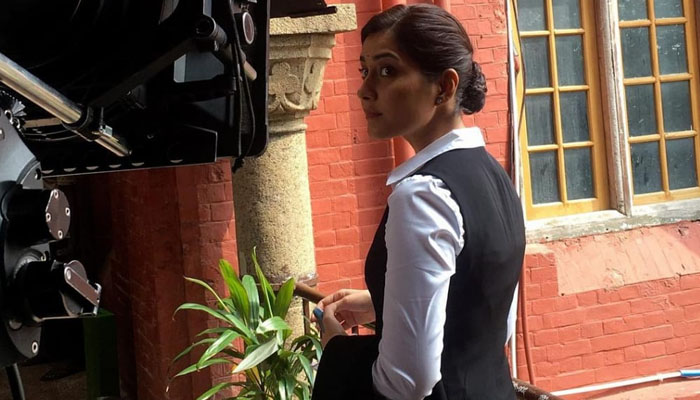 Raashii Khanna took to her Instagram and shared a short clip of herself rehearsing dialogues.The actress is seen donning the role of a lawyer and rehersing for lengthy dialogues. It seems like she is up to shoot for some intense sequence in her upcoming film Sardar. She captioned the video stating, “Trying to keep calm in the midst of an ocean of dialogues”.

Looks like the actress is quite caught up with the intense sequence and the audience will definitely get to witness a fiery scene when the film relases.

Well, apart from this interesting sneak peak, Raashii also shared another fun detail from the set. Raashii Khanna shared a BTS picture and captioned it as ‘Me and my lover’. Raashii was seen sharing an intense eye contact with the camera in the picture as she looked stunning in the lawyer’s suit.

Raashii who is currently shooting for Sardar, has her big Bollywood debut coming soon with the release of Yodha nearing by. The actress will also be seen in Farzi along with Shahid Kapoor and many more regional projects.