Himesh Reshammiya has had a very busy 2021. From releasing blockbuster hit albums back to back, to launching new talent, the man has been unstoppable! Every album so far has garnered millions of views, audio streams and has touched hearts across the globe. 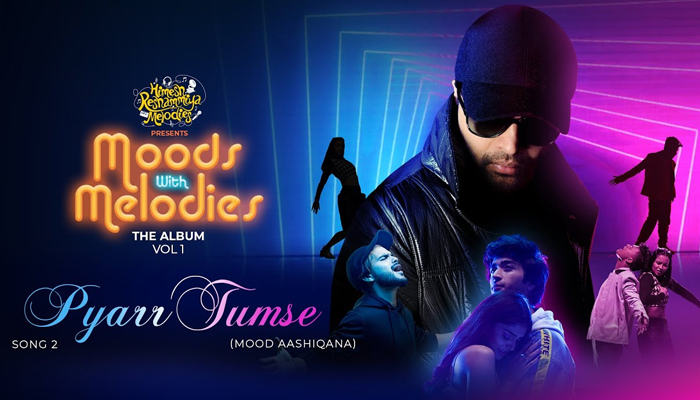 Himesh is known for giving breaks to new talent via Indian Idol platforms and more, such as the first song from his album Moods with Melodies titled as Tere Bagairr was sung by Pawandeep and Arunita and became an instant chartbuster, it was composed by Himesh himself and the lyrics were by Sameer.

Now, he has released the much awaited second song from the blockbuster album which boasts of previous Indian Idol winner Salman Ali along with previous Super Dancer winner and a dancing sensation Tiger Pop with the Hit pair Parth & Ishita Chauhan.

Speaking on the release of Pyarr Tumse, as the song is now out, Himesh said that, “I am extremely excited to release Pyaar Tumse, which is a Shivranjani raged based tune in a very contemporary beat featuring Salman Ali and Tiger Pop who today are 2 icons of music. And dance”

“Parth and Ishita have already been accepted with open arms by the audience as their previous song Tere Bagairr from Moods with Melodies itself was a huge super hit. Therefore the whole combination of this melody in the mood ashiqana zone with these contemporary beats and raag based approach is very fresh and a treat for all music lovers,” he adds.