This BTS picture of Pulkit Samrat that we came across gives us a glimpse into the character, with a cool hairstyle and tattoos covering bulging biceps, he has had temperatures rising across the nation! We are extremely excited to see more of Pulkit Samrat’s all new avatar of an angry young man, and to know the story behind the anger. 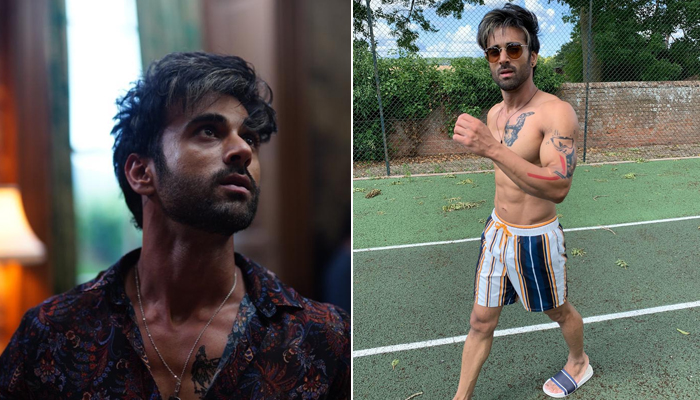 This is Pulkit’s first time in this all-new role, and we are at the edge of our seats with excitement. Bejoy Nambiar’s is known to have carved a niche of his own, with content driven projects that audiences never forget.

Taish is one of the most awaited films of the year, starring Pulkit Samrat in the lead, along with Kriti Kharbanda, Jim Sarbh and Harshvardhan Rane. We are incredibly eager to see what the revenge drama has in store for us, and hopefully the trailer will shed some more light on the intriguing plot!

After an action and drama packed teaser of Bejoy Nambiar’s Taish, we are all geared up for the release of the trailer for the film. Taish will release on Zee5 on 29th October as a film as well as a 6 part series, a first of its kind.