The big announcement about Prabhas and Saif Ali Khan’s film Adipurush is out now guys! The Om Raut-directed film will have a theatrical release, not next year but in 2022. Adipurush will open in cinemas on August 11, 2022. 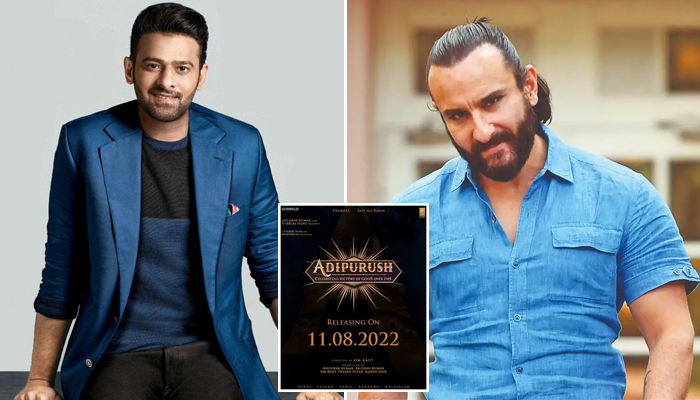 With arrival slated on 11th of August 2022 (Thursday), Adipurush will be enjoying an extended weekend of 5 days with Independence day on Monday. Now, that’s really a golden window for the film to bring it on some serious money. It will go on floors by January 2021. From here on, let’s keep an eye of how this Prabhas and Saif Ali Khan starrer shapes up.

Om Raut, founder of the production house Retrophiles & the dynamic director of Tanhaji: The Unsung Warrior, envisions Adipurush to be a no holds barred production with lavish plans, excellent action sets & unparalleled VFX work. Backing him is Bhushan Kumar (T-Series), who partners with Retrophiles in bringing his vision on screen.

This Om Raut film is based on the most popular chapter of Indian culture will be shot bilingual in Hindi and Telugu. The 3D extravaganza will have a humongous release with the film dubbed in Tamil, Malayalam, Kannada and several other foreign languages.