Pan-India star Prabhas is all set to ring in his birthday on 23rd October! To mark the occasion, makers are all set to make a special announcement and are calling it #BeatsOfRadheShyam on 23rd October. On July 10, the makers unveiled the title and the first-look poster of the film. 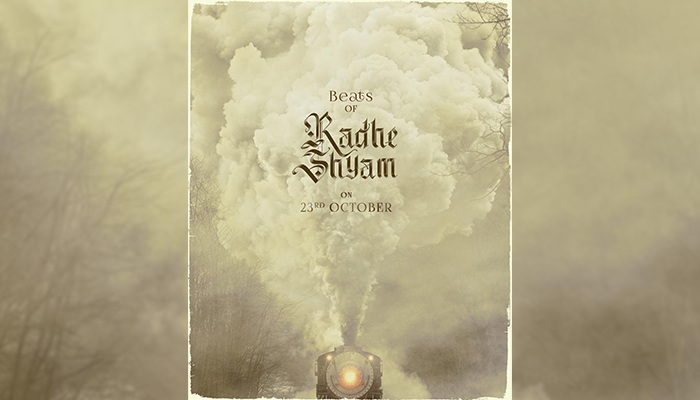 Today (October 17), Prabhas took to Instagram to share a new poster and announced that the motion poster of the film will be out on October 23. He wrote, “Feel the #BeatsOfRadheShyam on 23rd October through a motion poster. Stay tuned! (sic).” The hashtag #BeatsOfRadheShyam has been trending on the internet since morning. Radhe Shyam is touted to a period love story that is set in the backdrop of Europe.

Recently, on Pooja’s birthday, her first look from the film as Prerana was unveiled. In the retro style poster, she looked gorgeous in a green dress, printed floral jacket and a headscarf. While she is seen travelling on the train, Prabhas can be spotted sitting opposite her.

‘Radhe Shyam’ has been in the making for nearly two years and after completing nearly 70% of the film, the shooting was halted due to COVID-19 spread. Set against the backdrop of Paris in the 1920s, the first look of the heart-wrenching love story showcased the lead pair in a Barbie Doll dance pose and it has epic romance written all over it.