In 2019, two songs literally caught the nation’s frenzy. Both were T-Series tracks and both were sung by the same singer. While Leja Re got immense love and appreciation, Vaaste climbed the charts and remained at the top spot for months. In fact, with over 650 million hits and 5 million plus likes which in itself is a record, the Dhvani Bhanushali number was a sure-shot winner. 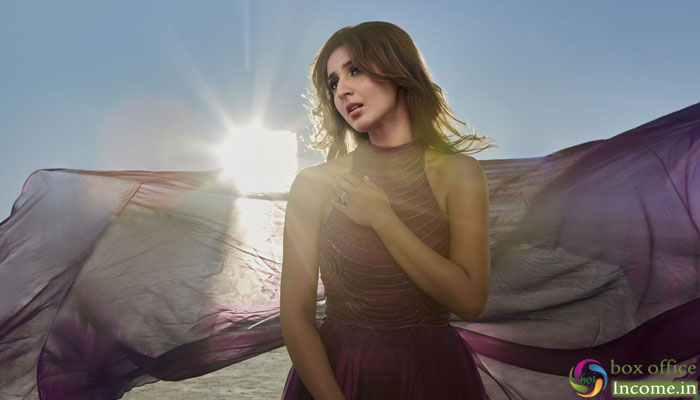 She also turned out to be the youngest singer to hit the billion mark in a year with her songs. And it’s just been 10 days into 2020 and Dhvani has her next blockbuster track ready! Her new music single Na Ja Tu releases today and the soft number is a break-up track, albeit with a different story and an unexpected ending. The three minute track is not only sung to perfection by the youngster but also performed to the tee by Dhvani.

Shot in at least ten different locations, primarily focusing on Gujarat’s own Rann Utsav, the film also features picturesque locations like the Vijay Vilas Palace, Air Stripe, Mandvi beach, Bhuj – Kodaki Bridge. In a little over three minutes, the song tells a beautiful story of two people in love, who share a common ambition ever since childhood. How they grow up together but tend to grow apart forms the basis of the plot. But unlike other break-up tracks, this isn’t just about heartbreak. It also is a special ode to self love, dreams and aspirations.

Talking about it, Dhvani says, “After Vaaste, I was really excited to give Na Ja Tu to all of you. It is my New Year welcome gift to everyone who showered love on me and my music since the beginning. The song is just not about heartbreak but mainly a story about how important it is to follow your dream and passion. A big thank you to the entire team behind making the video and Tanishk for creating this track for me.”

Producer Bhushan Kumar is all smiles and shares, “Dhvani is hardworking and dedicated to her music. Na Ja Tu is soulful and Tanishk has given it a completely different treatment and it stands out because of the melody. It is always good to back talent like Dhvani who is our artist. Na Ja Tu is the next song we are excited about and I’m sure it will emotionally connect with everyone.”

Talking more about it composer-lyricist, Tanishk Bagchi says, “Dhvani and I always have a smooth collaboration right from Dilbar… Collaborating with her is always a beautiful process, Na Ja Tu, I hope, is our hattrick together in the music video space.”

Sumit Dutt who has directed the video adds, “Dhvani is not just a confident singer but also a very confident performer. She has shown different shades in the three and a half minute video and everyone will be pleasantly surprised by her performance. It was a blast shooting this song and we shot in almost 10 different locations.”

Na Ja Tu releases today and Dhvani will be performing the song live for the very first time at the Guuravvanta Gujarati Awards in Ahmedabad. 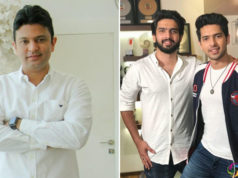 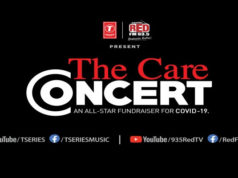 T-Series & RED FM announce an all-star fundraiser, ‘The Care Concert’ for fight against the Coronavirus Pandemic 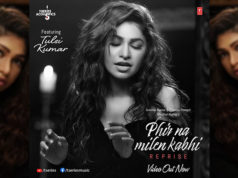