This Friday released the much-anticipated Hollywood film Aladdin is expectedly performing far better than all the new Hindi offerings (India’s Most Wanted & PM Narendra Modi) at the box office in India. After a decent Friday, it witnessed significant growth in footfalls on Saturday due to a positive word of mouth. 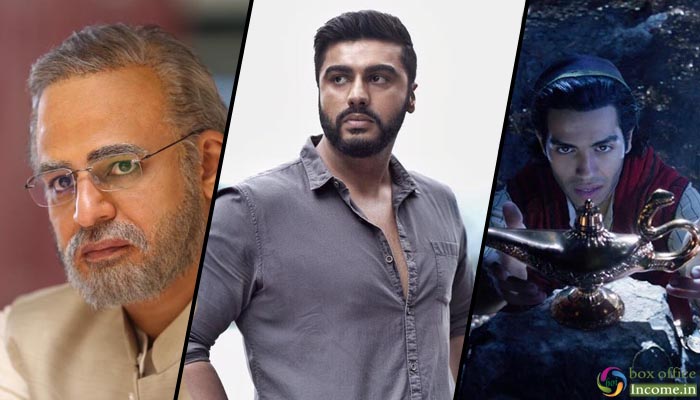 Will Smith, Mena Massoud & Naomi Scott starrer the live-action adaptation of Disney’s 1992 animated film with the same title Aladdin has got succeed to entertain many Indian viewers and gathered a positive word of mouth. As a result, it is getting a wonderful response at the box office.

On the first day, Aladdin opened at a good note in the morning but managed to register a decent opening business in the end with 4.25 crores. On Saturday, it bagged 6.50 crores and raised the 2 days total collection to 10.75 crores nett (12.80 crores gross) including all versions.

On the other hand, except for two, all the new Hindi films are nowhere in the race. Arjun Kapoor starrer action thriller India’s Most Wanted has received mixed reviews from the critics and struggling to get the audience in theatres. On Friday, it did the business of only 2.10 crore, then on Saturday, the film minted 3.03 crore and raised 2 days total collection to 5.13 crores.

On the other hand, Vivek Oberoi starrer biographical drama PM Narendra Modi has also got succeed to impress many in theatres and received positive reviews from the critics. With a superb response from Maharashtra, Raj Kumar Gupta’s directorial opened well and did the business of 2.88 crores on Friday nationwide.

On the next day i.e. Saturday, PM Narendra Modi witnessed a good growth and managed to collect the amount of 3.76 crores. With this, its 2 days total collection has become 6.64 crores at the domestic box office