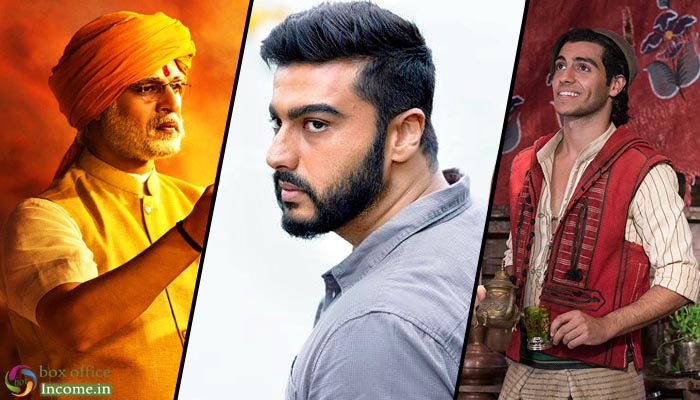 Directed by Raj Kumar Gupta, the Hindi action thriller based is about tracking a terrorist in a secret mission and arresting him without firing bullets, India’s Most Wanted has got failed to hit the target right and received mixed reviews from the critics.

On Friday, it started the journey with only 5-10% occupancy in the morning and remained dull over the evening & night shows as well. In the end, it registered the business of only 2.10 crore nett at the domestic box office which is almost half of the expected numbers.

While Vivek Oberoi starrer biographical drama PM Narendra Modi (based on the life of Narendra Modi, the 14th Prime Minister of India) has also received mixed reviews from the critics and got failed to attract enough audience toward theatres.

On Friday, PM Narendra Modi took an average start in the morning and witnessed decent growth in footfalls post noon shows in metro cities. In the end, it registered the opening business of 2.88 crores nett at the Indian box office.

On the other hand, much-awaited American musical fantasy Aladdin has got succeed to impress the Indian audience and received quite positive reviews. On Friday it opened with an occupancy of 25% and bagged the amount of 4.25 crores nett at the Indian box office.