After a decent opening weekend, director Omung Kumar’s much-anticipated PM Narendra Modi is heading steadily on weekdays as well. Despite an average start and having Hollywood’s biggie in its parallel, it successfully managed to pick up over the weekend and still has a good hold over the audience. 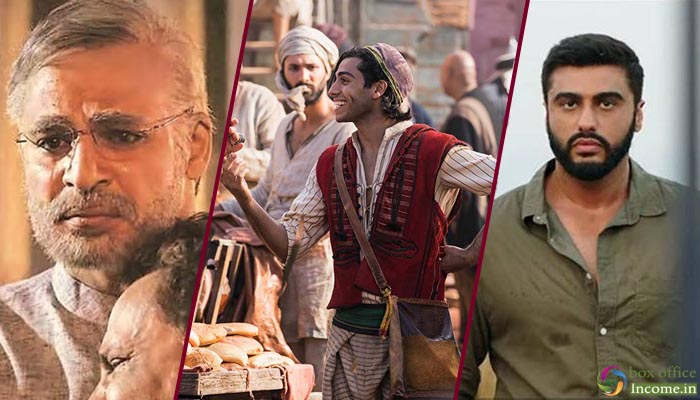 Starring Vivek Oberoi in lead roles, this biograpihcal drama PM Narendra Modi has got mixed reviews from the critics as well as audience and did the business of 11.76 crores, that included 2.88 crores on Friday, 3.76 crores on Saturday, and 5.12 crores on Sunday.

Now T-Series’ presentation is running on weekdays and collecting good numbers. On Monday, it remained steady and collected 2.41 crores. On the next day i.e Tuesday, the movie minted the amount of 2.02 crores & 1.71 crores on Wednesday. With this, its 6 days total collection has become 17.90 crores.

On the other hand, the American movie Aladdin received a good response from the Indian audience in the weekend and registered the business of 18.50 crores (Fri 4.25 cr, Sat 6.50 cr, Sun 7.75 cr). On weekdays, it got dropped by a usual rate and minted 3.75 crores on Monday, 3.30 crores on Tuesday & 2.90 crores on Wednesday. After 5 days, its 6 days total collection has become 28.45 crores nett at the Indian box office.