There is no doubt that ever since the makers of Phone Bhoot announced its cast and the concept of the film, the audiences have been waiting for this film’s release. The excitement only kept on growing once the trailer of the film was released, to the extent, that the trailer was trending on YouTube for more than 24 hours. 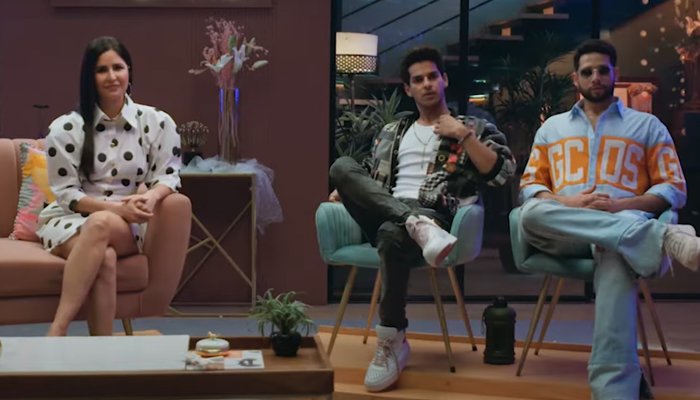 To keep the excitement level high and in a way to tease the audience the makers of the film have released a new promo, where we can see the actors making fun of each other. Siddhant, Ishaan, and Katrina are very subtle but are trying to tease and taunt each other in this promo.

While just the promo of this mockumentary looks fun we can only imagine the amount of fun the actors had while shooting this as well as the film. It shows the amazing chemistry between all three actors and how fun they are.

Katrina who is the world’s most beautiful ghost is stealing the limelight and focus from the boys with her beauty. While Ishaan and Siddhant are figuring their way out of this. It’s hard for us to wait for the entire video to be released.

Directed by Gurmmeet Singh and written by Ravi Shankaran and Jasvinder Singh Bath, ‘Phone Bhoot’ is produced by Excel Entertainment, headed by Ritesh Sidhwani and Farhan Akhtar. The film is all set to be released on 4th November, 2022.