Seeing the tremendous response garnered on the announcement, the Kartik Aaryan, Bhumi Pednekar and Ananya Panday starrer, Pati Patni Aur Woh aspires to earn audience goodwill for its comic timing. The trailer of Kartik Aaryan’s Pati, Patni Aur Woh was unveiled and from the looks of it, the lead seems in love with both Bhumi (Patni) and Ananya (Woh). 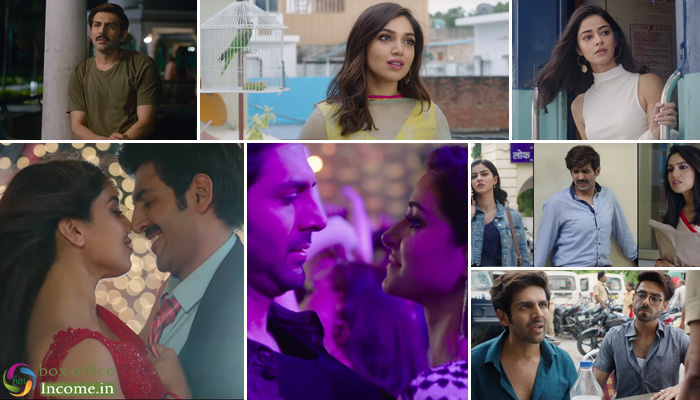 Playing the role of Chintu Tyagi, Aaryan is a government servant who is married to Bhumi but has eyes for his colleague played by Ananya Panday. While his two-timing promises to be a laughter riot, Kartik soon gets caught in his web of lies. Interestingly, adding a punch to the trailer is Aparshakti Khurrana who is seen being a true friend to Tyagi, giving him timely advice about the women.

Talking about the film, director Mudassar Aziz said, “It was amazing to direct this talented bunch of actors like Kartik, Bhumi & Ananya. They are so perfect with their craft and that made it easy for me. We have tried to live up to the expectations and I hope the audiences love our film. We have put in our hard work and we hope it pays off well.”

Producer Juno Chopra says, “The film basically revolves around Kartik, Bhumi & Ananya and working with them especially on the nuances of the film has been so enriching. I just hope the audiences love the film. We can’t wait for everyone to see our baby.”

Directed by Mudassar Aziz ‘Pati Patni Aur Woh’ is a remake of 1978 Hindi film with the same name which featured Sanjeev Kumar, Vidya Sinha and Ranjeeta Kaur in pivotal roles. The film is slated to hit the screens on 6th December 2019.