The first look posters of the Pati Patni Aur Woh trio Kartik Aaryan, Bhumi Pednekar and Ananya Panday are out and they are taking the Internet by storm. Kartik Aaryan is Chintu Tyagi while Bhumi plays Vedika Tripathi, the ‘Pati’ and ‘Patni’ of the title, respectively. Ananya Panday is Tapasya, the third spoke in the love triangle. 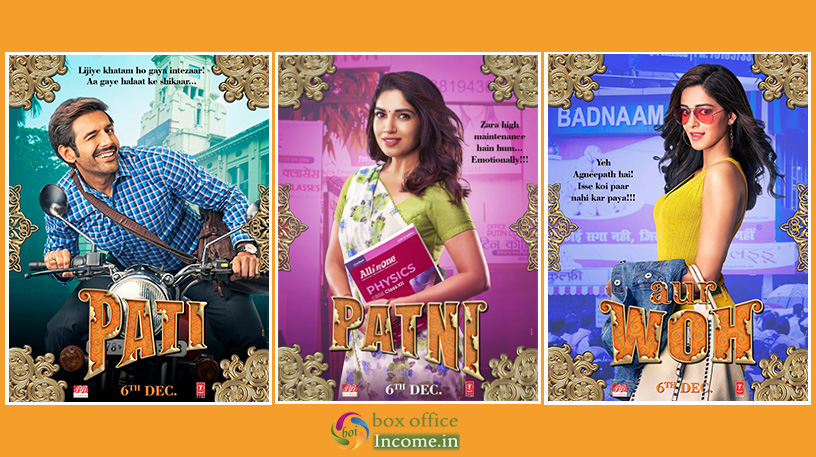 Kartik Aaryan shared his character poster from the upcoming film and described Chintu Tyagi as ‘Kanpur ke sabse adarshwaadi Pati.’ However, Chintu Tyagi’s winking pose hints that he’s not as ‘adarshwaadi’ as he claims to be. Sharing about her character, Bhumi Pednekar described Vedika Tripathi as ‘Zara high maintenance hain hum… Emotionally.”

Several pictures from the sets of the film had made their way on the internet and fans just couldn’t keep calm looking at the millennial stars Kartik and Ananya coming together for their first film.