The much-awaited trailer of Ashutosh Gowarikar’s Panipat- The Great Betrayal was released on Tuesday. In Panipat, Arjun is playing the role of the Maratha warrior, Sadashiv Rao Bhau, Kriti is portraying the role of Parvati Bai, his wife, while Sanjay will be seen as Ahmad Shah Abdali on the big screen – the main antagonist. 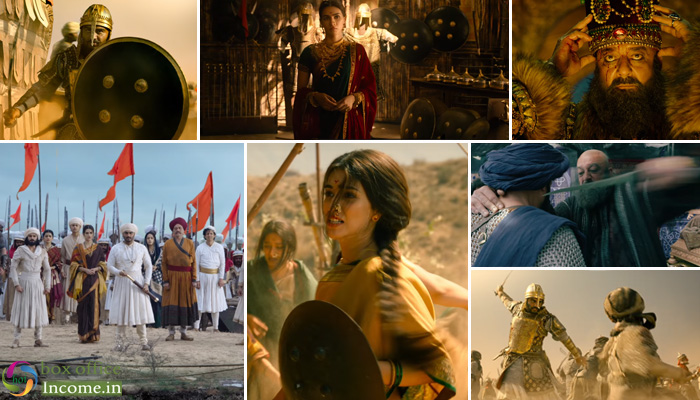 The trailer opens with Kriti Sanon’s voice in the background, introducing Maratha warriors with glimpses of Arjun Kapoor on a murderous spree at the battleground. The trailer then goes on to shed light on Sadashiv and Parvati’s love story.

Almost halfway through the trailer, we are introduced to Sanjay Dutt’s character. He has his eyes set on defeating Sadashiv Rao Bhau. By the end of the trailer, Sadashiv and Ahmad Shah come face to face, fighting for their pride.

Right from the background score to picturesque locations and grandeur sets, everything is just on point. Arjun as the raging warrior, Kriti’s charm and Sanjay’s antagonistic avatar, this trailer is a complete package.

It is produced by Sunita Gowariker under their banner of AGPPL along with Rohit Shelatkar’s company Vision World and is Directed by Ashutosh Gowariker. The film is slated to release on 6th December 2019.Check out the trailer of one of the bravest battles ever fought here: