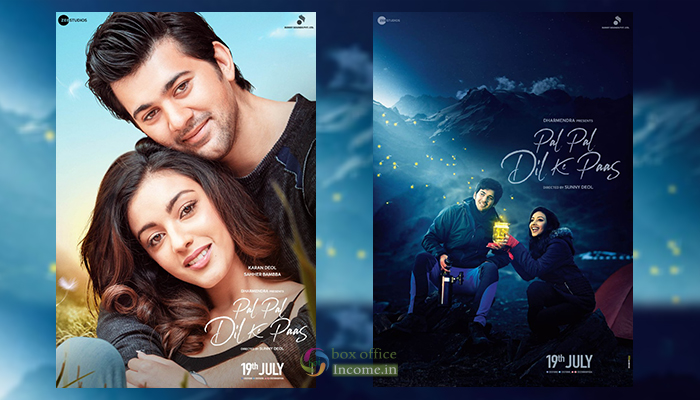 On February 14 morning, Sunny Deol shared a first look on twitter, in which he told, “For a father, it’s a moment of pride to look at their children achieve what they have always strived for! .Presenting to you #PalPal❤KePaas starring #KaranDeol and #SahherBambba”.

Sunny shared another poster from Pal Pal Dil Ke Paas calling it a love story that will be etched in people’s hearts forever. He captioned, “An adventurous love story filled with magical moments. Get ready for a story which will be forever etched in your heart… #PalPal❤KePaas in cinemas on 19th July.

Last year, Sunny Deol spoke to news agency PTI and said that he may be launching Karan in Bollywood but how he how he shapes his career should be up to him: “When I came in the industry was I mentally prepared? I am sure he is coming in his own way the way I came in. Rest is up to him – how he portrays himself, the subjects he chooses, how he does the job and that is all up to him.”