Superstar Sudeep’s recent offering, sports action drama Pailwaan aka Pehlwaan was hit the screens on Thursday amid the high excitement of fans and expectedly took a solid opening at the worldwide box office. On the second day, it recorded a little jump and managed to remain good. 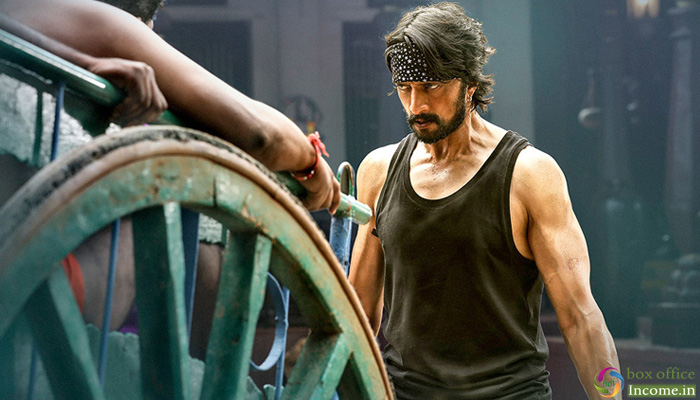 On the opening day, Zee Studios Presents, RRR Motion Pictures Production’ had started the journey at a fantastic note with more than 70% occupancy. Throughout the day, it remained strong and did the business of 11.50 crores across India including 10 crores gross from Kannada version, 1.50 crores from Hindi, Telugu, Tamil & Malayalam versions.

On the next day i.e. Friday, Sudeep-Suniel starrer showed little growth and minted the amount of 12.25 crores. After 2 days, the total collection of the film has become 23.75 crores nett at the domestic box office from around 3000 screens.

Pailwaan unites Sudeep with S Krishna again after their superhit movie Hebbuli. The latest film is an emotional movie set in the backdrop of sports. In this movie, Suniel Shetty plays Kiccha’s mentor role.