One of the much anticipated movies of the year, Pailwaan aka Pehlwaan has been released on box office and as expected received terrific response from audience across the country. Due to outstanding direction, the movie has received very positive reviews from critics. 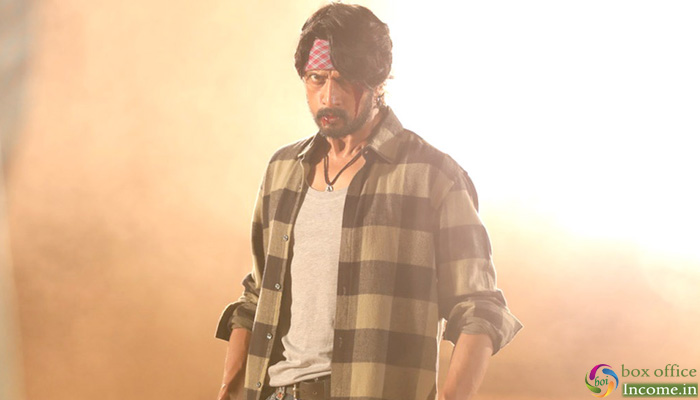 The movie was released in four languages (Kannada, Tamil, Telugu and Malayalam) languages to a huge hype on Thursday, 12 September. Released in over 400+ screens in Karnataka, the single screens had special morning shows across the state.

Pailwaan has hit the screens a day earlier i.e. on Thursday, despite a weekday, it was opened at an exceptional note. Throughout the day, the film has remained super-strong and registered a huge opening business of 5 crores (10 crores gross) in the Karnataka state.

From its Hindi version also, Zee Studios’ presentation has raked a low business of 0.50 crores nett. While it has grossed around 1 crores from its Telugu, Tamil & Malayalam versions. Including all the versions, it has done the business of 11.50 crores gross at the domestic box office.

With the movie getting positive reviews from the critics and the fans of Sudeepa, Pailwaan is expected to end its first weekend on a high note. Pailwaan unites Sudeepa with S Krishna again after their superhit movie Hebbuli. The latest film is an emotional movie set in the backdrop of sports. Suniel Shetty plays Kiccha’s mentor in the flick, which has Aakanksha Singh in the female lead.