After ‘Thumka’, Pagalpanti team is back with another peppy track titled ‘Walla Walla’, and it will surely get you grooving to it. The song starring Pulkit Samrat, Kriti Kharbanda, John Abraham, Ileana D’cruz, Arshad Warsi, and Anil Kapoor has been choreographed by Ganesh Acharya. 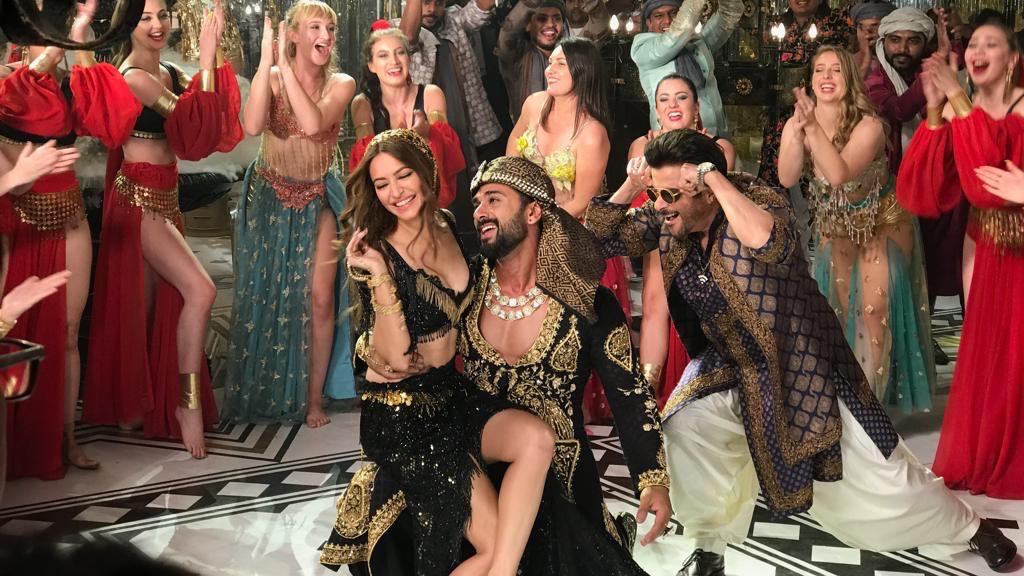 According to sources, dance number Walla Walla has an Arabic feel to it, and the costumes were custom made for the track. Pulkit looks alluring in heavily embroidered attire paired with hand chains and a neckpiece. On the other hand, his co-star, Kriti Kharbanda, is dressed in Badlah, an Egyptian folklore costume.

Their funky dance moves are sure to get you grooving. Pulkit is currently busy promoting his film, and he has impressed us all with his awe-inspiring promotional looks. Pagalpanti is all set to release on 22nd November, and we are eagerly waiting for all the madness the actor has in store for us. Post Pagalpanti, Pulkit will next be seen in ‘Taish’.

In an interview Anees spoke about how making a comedy film is more difficult than romance or any other genre. “It takes a lot of effort to make a comedy. I have written dramas, love stories, thrillers (over 60 films), and directed 15 films but aaj bhi jab mujhe log bolte hain ki comedy likhni hai to mere haath-pair phoolne lagte hain”.

He adds, “Aur mujhe lagta hai ki yeh jo mindless cheezein dikhayi deti hain uske peeche bahut mind apply karna padta hai (Even today when people ask me to write comedy, I get scared. In my opinion, even the mindless stuff you see on screen needs to be created carefully).”