The makers of the upcoming multilingual film KGF: Chapter 2 released a new poster showing Sanjay Dutt’s character Adheera in all his glory on Thursday. The poster was released to mark the birthday celebration of Sanjay Dutt, who turned a year older today. 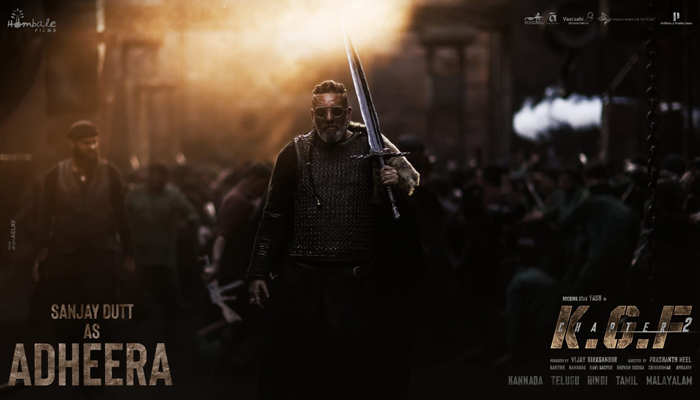 Taking to their social media handles, Excel Entertainment shared, “War is meant for progress, even the vultures will agree with me” – #Adheera, Happy Birthday @duttsanjay”

The actor also took to his Instagram account to share the new poster and also thanked his fans for lovely birthday wishes. He wrote, “Thank you so much everyone for all the warm birthday wishes. Working on #KGFChapter2 has been amazing. I know you all have been waiting for the film’s release for a long time and I assure you that it’ll be worth the wait!”

KGF: Chapter 2, also starring Yash Prakash Raj, and Raveena Tandon, was scheduled to release on July 16 in Tamil, Telugu, Malayalam, and Hindi. However, with a massive second wave of Covid-19 sweeping through India, the film couldn’t hit the theatres as per its scheduled release.

Directed by Prashanth Neel, the two-part fictional mob drama traces the journey of India’s most dreaded criminal, Rocky (Yash). After losing his mother at a very early age to poverty and sickness, Rocky develops an insatiable urge for power. And his pursuit for power leads him to the gold mines of Kolar, and a turf war ensues.