H Vinoth’s directorial latest Tamil offering Nerkonda Paarvai that has been released with enormous buzz this Thursday, is getting tremendous response from audience across Tamil state and reigning at box office. As expected the superstar Ajith Kumar starrer opened on an outstanding note in Tamil Nadu. 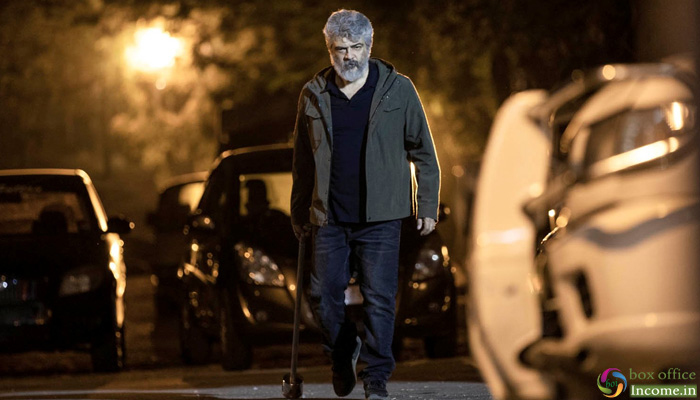 The courtroom-drama Nerkonda Paarvai starring Shraddha Srinath, Abhirami Venkatachalam and Andrea Tariang in lead roles alongside Ajith. All the actors have given solid performances and are being appreciated by everyone. Thala Ajith has performed his character brilliantly in the film.

On the opening day, Nerkonda Paarvai was recorded almost 75% occupancy in theaters of Tamil Nadu and did the business of 14.82 crores from 702 screens. On Friday, asusual this south Indian offering too witnessed lesser footfalls in theaters than the first day but still remained strong and grossed the business of 9.60 crores at TN box office.

While on Saturday with slight rise, Nerkonda Paarvai minted the amount of 10.65 crores and raised it’s 3 days total collection to 35.70 crores. On Sunday due to public holiday, the movie is positively expected to show more growth and enter in 50 crore club by this extended opening weekend from Tamil Nadu alone.

The film is a remake of Pink which released in 2016 starring Amitabh Bachchan, Kirti Kulhari, Taapsee Pannu, Angad Bedi and Piyush Mishra in key roles was produced by Shoojit Sircar and directed by Aniruddha Roy Chowdhury. 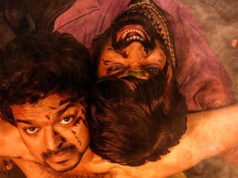 On the Death Anniversary of MGR, Team Thalaivi pay their tribute by sharing new look of Arvind Swami