After the stupendous success of ‘Oh Humsafar’ that crossed over 800+ million views across YouTube, Neha Kakkar and Tony Kakkar are back with ‘Bheegi Bheegi’ presented by Bhushan Kumar’s T-Series. It has always been a special bond that Neha and Tony Kakkar share with T-Series as Neha shot to fame with ‘Sunny Sunny’ from T-Series’ Yaariyan and ever since has sung several songs for the music giant including ‘Yaad Piya Ki Aane Lagi,’ starring Divya Khosla Kumar. 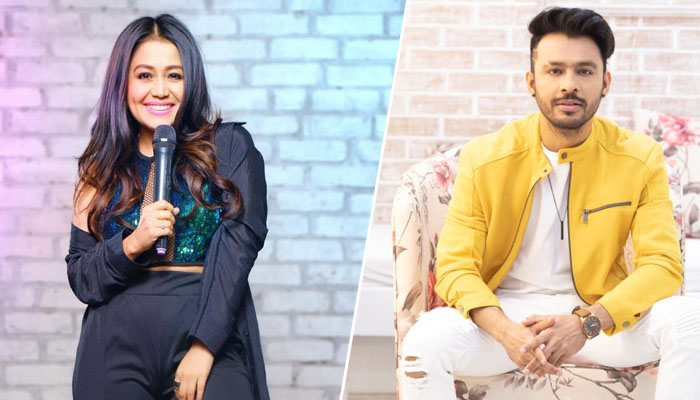 The brother-sister duo have now come together for a passionate, love ballad written by Tony Kakkar and Prince Dubey. While creative people are used to working in far from ideal situations and still coming up with a good product, this is the first time Tony has worked in a restrictive lockdown situation and has still managed to create a beautiful, enchanting melody like ‘Bheegi Bheegi’.

Says Neha Kakkar, one of the most celebrated singers of our time, and now also the second most viewed female artist in the world on YouTube, “Tony and I love jamming and working on songs together as music just runs through our veins. Whenever Tony discusses a song with me, I immediately agree without even listening to it because I know it will be a masterpiece. Bheegi Bheegi is another special song for us and we are happy to bring to the audiences this ballad that talks about the intensity of love in the rains.”

Adds the multi-talented Tony Kakkar, “It is a romantic, rain song which you will enjoy listening to when you are stuck in your car or when you are on the beach or on the roof or balcony of your house. It’s a song that will mesmerize your soul. I am doing a rain song after some time. It’s my favourite also because the first duet which Neha and I sang — Sawan Aaya Hai — clicked big time and it was a rain song. I am working with my sister again. So it was lovely to work with her on this duet after Coca Cola and Dheeme Dheeme. The songs I have done with Neha have been commercially very successful and I am hopeful this one will also work.”

Says T-Series head honcho, Bhushan Kumar, “It’s always a pleasure working with Neha Kakkar and Tony Kakkar. They represent the Gen-X pop culture and well understand music that’s relevant to the current generation. ‘Bheegi Bheegi’ is one such love song that speaks to the youth in a relatable manner.”