Here’s the first look of Varun Dhawan next ‘Mr Lele’, directed by Shashank Khaitan. Varun worked with Shashank in Badrinath Ki Duhania (2017) and Humpty Sharma Ki Dulhania (2014) and now the duo is collaborating for their third film together. Apart from Mr Lele, Varun is also collaborating with Shashank for Rannbhoomi, a spy thriller. 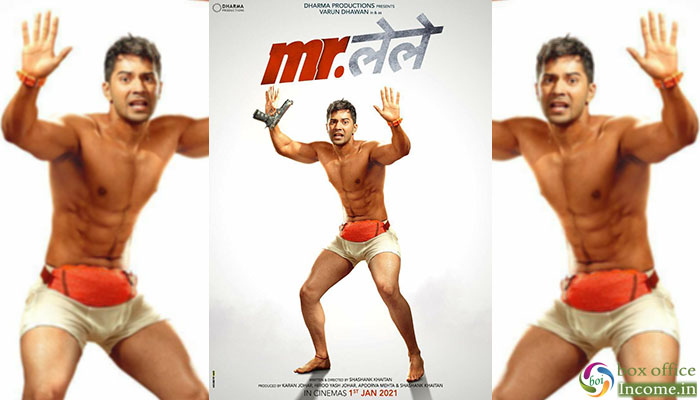 Varun took to Twitter to share the first look poster of his character in the upcoming film. It will be released on January 1, 2021. He tweeted, “#MRLELE maaaza lele @karanjohar please forgive me @ShashankKhaitan chalo chaloooo @apoorvamehta18 @DharmaMovies back home 1 jan 2021 (sic).

In the poster, Varun Dharma can be seen with his hands raised. He has a pistol in one of his hands and seen stripped down to his shorts. His expressions are confused yet shocked and we are intrigued what it is that has shocked him.

Karan Johar, who is producing Mr Lele under the banner of Dharma Productions, also shared the poster on his handle. He wrote, “Just when you thought that the news couldn’t get any better, it got more entertaining! #MrLele aka @Varun_dvn along with @ShashankKhaitan are going to start 2021 with a bang! Releasing 1st Jan, 2021. @apoorvamehta18 @DharmaMovies,”.

Meanwhile, Varun Dhawan will now be seen in Remo D’Souza’s film Street Dancer 3D, in which he has been paired opposite Shraddha Kapoor. Street Dancer 3D also stars Nora Fatehi. The film will hit the screens on January 24 this year.