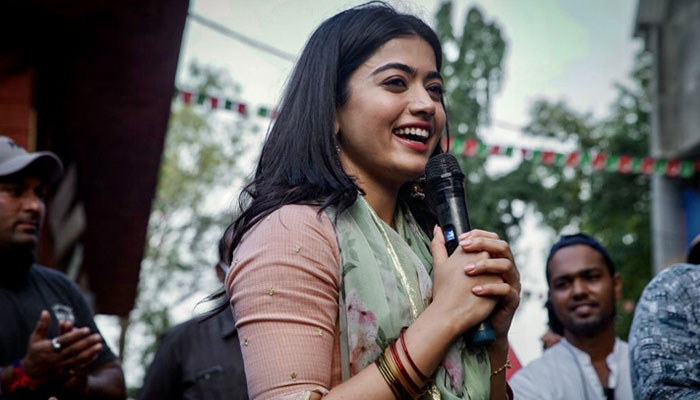 Taking to her Twitter handle, Rashmika confirmed that she has completed the shooting of her first Bollywood movie ‘Mission Majnu’. “And It’s a wrap.. what a lovely lovely time I had shooting for #missionmajnu I..for one..can’t believe.. I have already wrapped for my first Hindi film.. I remember the time I heard the script for the first time and I went like.. ‘I want to be a part of this beautiful film,” she tweeted.

Rashmika will be seen essaying a pivotal role in an espionage thriller that chronicles the journey of a RAW agent who heads India’s covert operation on Pakistani soil. The RSVP and Guilty By Association production shall mark her entry into Hindi cinema and needless to say her fans across the world eagerly await its release. The Geetha Govindham actress will be sharing the screen with actor Sidharth Malhotra and their prospective chemistry has heightened the buildup of the film.

The Shantanu Bagchi directorial which is being filmed in Lucknow went on floors earlier in February this year. The film also stars Sharib Hashmi, Parmeet Sethi, Anant Mahadevan, and Kumud Mishra. Produced by Ronnie Screwvala, Amar Butala and Garima Mehta.