RKriti Sanon and Pankaj Tripathi played an adorable father-daughter pair in Bareilly Ki Barfi. The actors are back with another small-town set story in Mimi, a film about surrogacy. Mimi trailer dropped on Tuesday and, just as makers promised, it is “nothing like what you’re expecting!” 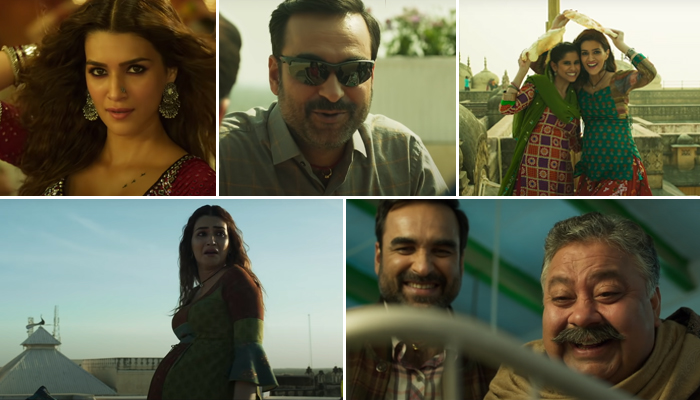 The 2 minutes 59 seconds trailer boasts of some crackling comic chemistry between Pankaj and Kriti, some of their witty lines leaving you in rip roaring splits. It also gives us an interesting glimpse at the plot. The quirky tale of a feisty and carefree girl who becomes a surrogate mom to make a quick buck, all hell breaks loose when her plan tumbles at the last second. What happens next? This zany film is sure to keep us guessing!

“This trailer is filled with warmth, cheer and laughter, just like the film. Mimi is our first exclusive OTT release, and while a family outing at the cinemas could take some time, with Mimi, we are bringing wholesome cinema to families in the comfort of their homes. We hope Kriti’s lovable and humorous avatar brings joy to as many viewers as possible”, says producer Dinesh Vijan.

“Finding two incredible digital collaborators in Jio Cinema and Netflix is very exciting”, he adds. Peppered with a spicy soundtrack and a few touching moments, once you get a “dekko” of this promo, it’s just a matter of time before you want your whole family to meet Mimi on the 30th of July!