Grieving the terror attack of 26/11, the team of ‘Major’ pay their tribute to the brave and inspirational Sandeep Unnikrishnan with a video. Actor Adivi Sesh will reprise Sandeep Unnikrishnan’s character in the upcoming film Major, directed by Sashi Kiran Tikka. 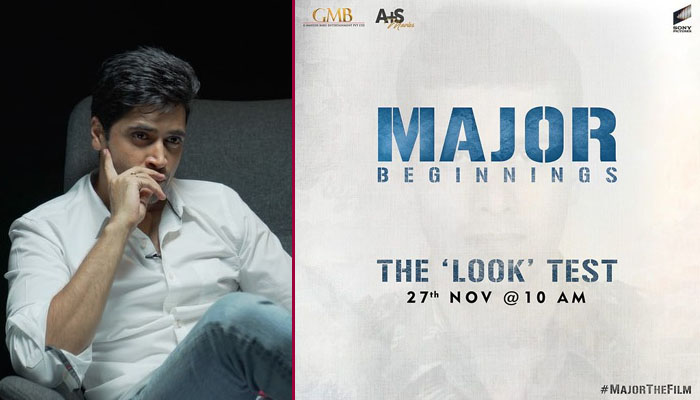 The actor has undergone not only physical but also an emotional transformation to slip into the character. Recording his experience and reciting his memories of Major, Adivi Sesh shares a teaser video on social media.

The actor posted saying, “We have embarked on a heartfelt journey of bringing Major Sandeep Unnikrishnan’s story to life. Putting in words, what we felt, our emotions and feelings, it’s difficult but I did try and I share that piece of my heart tomorrow. The journey begins. #MajorBeginnings #MajorTheFilm”.

Presented by Sony Pictures, Major is produced by Mahesh Babu’s GMB Entertainment and directed by Sashi Kiran Tikka. The bilingual film starring Adivi Sesh, Sobhita Dhulipala and Saiee Manjrekar will be released in both Hindi and Telugu.