Ranjit M Tewari’s directorial Bell Bottom is in buzz all over for all the right reasons. Post receiving an overwhelming response for the film’s trailer, the makers launched the very first song ‘Marjaawaan’ from the film today. The song is a melancholy yet soulful track. 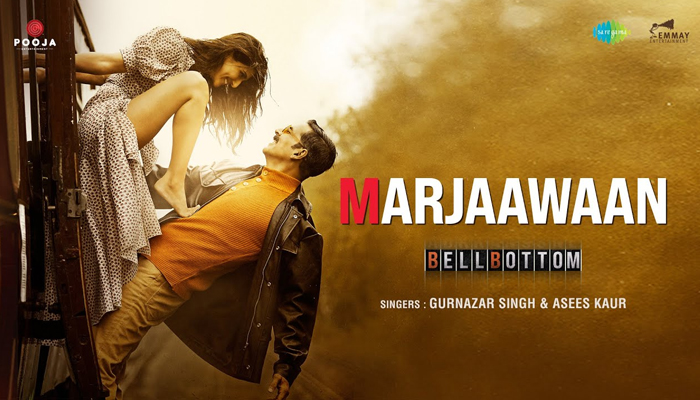 Sharing the video on Twitter, Akshay wrote, “My favourite song, #Marjaawaan from #BellBottom out now! This tune has been stuck in my head ever since the shoot.” The song has been sung by Gurnazar and Asees Kaur.

Marjaawaan begins with Akshay Kumar singing a song and strumming a guitar at a family event. Vaani smiles looking at him as others around them swing to the music. The video then moves to a picturesque train journey with Akshay hanging from the door. Vaani gives him a hug, still smiling at his antics.

Bell Bottom’s Marjaawaan is written and composed by Gurnazar Singh, and the music is by Gaurav Dev and Kartik Dev. This beautiful rendition is sung by Asees Kaur and Gurnazar Singh. The song is out now on Saregama Music YouTube channel and all leading streaming OTT platforms.