The makers of the upcoming film ‘Malang’ on Friday unveiled the first look posters of the lead actors, including Anil Kapoor, Aditya Roy Kapur, Disha Patani and Kunal Kemmu, leaving fans in complete awe of them. All the posters look amazing and have piqued audiences’ interest in the film. 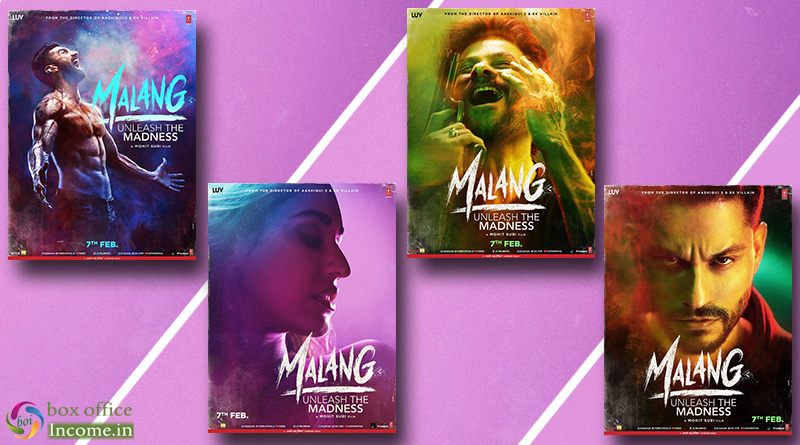 In the first character poster, We have always seen Aditya Roy Kapur playing the heartbroken lover, but this time, we see the anger inside him. At least that’s what we figure out from the poster and his caption. In the poster, shirtless Aditya is full of rage and flaunts his abs and beefed-up physique.

In the new character posters, Disha Patani looks beautiful as ever and the various colour hues add a hint of mystery to her look. Coming to Anil Kapoor’s look, he can be seen laughing vivaciously and we wonder what his character will be all like.

While, Kunal Kemmu, who impressed everyone with his negative role in Kalank, is yet again seen in a serious avatar and we wonder if he is playing a similar role this time as well. Well, once the trailer comes, it can give a better idea about the film and its storyline. But the posters look like a winner already.

Malang is directed by Mohit Suri and produced by T-Series’ Bhushan Kumar, Krishan Kumar, Luv Films’ Luv Ranjan, Ankur Garg, and Northern Lights Entertainment’s Jay Shewakramani. The film will release on February 7, 2020 and the trailer of Malang will be out on January 6, 2020.