Two days after the much-appreciated teaser poster of Maidaan, the makers released two posters of Ajay Devgn which have left us stunned. The actor’s first-look posters were unveiled on Thursday. In one, Ajay looks battle-ready as he addresses his team in the pouring rain. 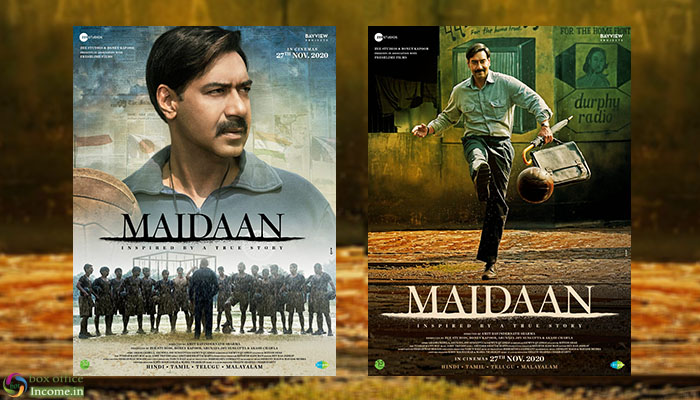 The historical sports drama is based on the golden era of Indian football (1952-1962). It also stars National Award-winning actor Priyamani along with Gajraj Rao and Bengali actor Rudranil Ghosh. The film is set to release on November 27, 2020 in Hindi, Tamil, Telugu and Malayalam.