After releasing the intriguing teaser posters of the film, the makers of the Richa Chadha starrer ‘Madam Chief Minister’ have now unveiled the trailer. The gut shaking political drama, that is written and directed by Subhash Kapoor, will feature Richa as a figure of power and dignity. 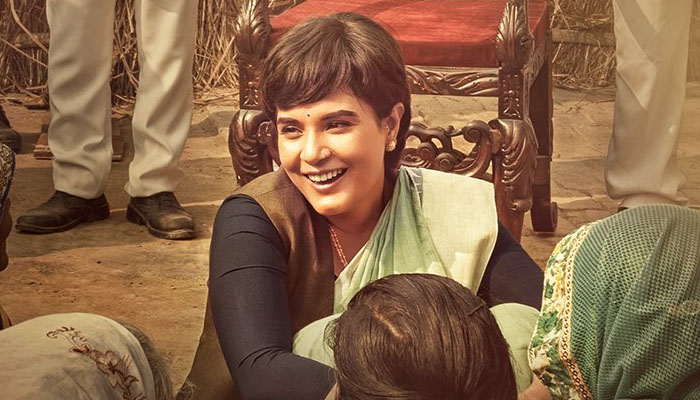 The film follows the journey of a young woman and her growth in the world of politics. Richa played the role of the leader – the like of one who was never seen before, an unstoppable force – to the ‘T.’

Sharing the trailer on social media, T-Series tweeted, “Get ready to meet #MadamChiefMinister in our upcoming political drama! Movie releasing on 22nd January. Trailer out now, tune in now”.

A Kangra Talkies production, the film is written & directed by Subhash Kapoor. It is produced by Bhushan Kumar, Krishan Kumar, Naren Kumar & Dimple Kharbanda is set to release in cinemas on 22nd January 2021. Besides Richa, the film also stars other talents like Saurabh Shukla, Manav Kaul, Akshay Oberoi and Shubhrajyoti.