The latest venture of director Laxman Utekar, Luka Chuppi has passed its fifth week as well on a good note. Despite being a small budget film with decent star power, it has made everyone surprised by crossing the 90-crore mark at the domestic box office. 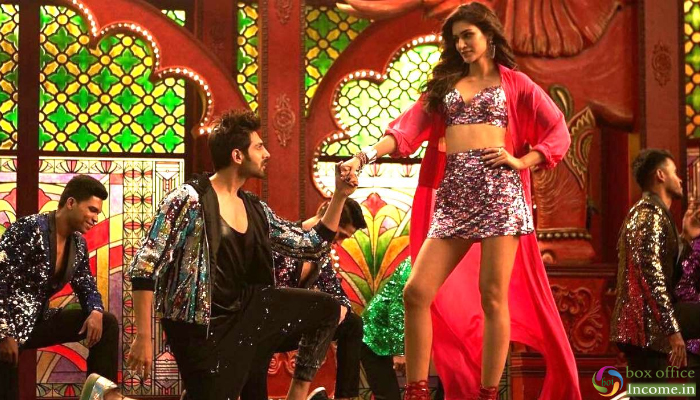 The huge success of Luka Chuppi has proved that the audience decides the fate of any film. This romantic comedy received almost mixed reviews from the critics but got succeed to entertain the audience, as a result, it gained strong word of mouth.

Starring Kriti Sanon, Aparshakti Khurana, Pankaj Tripathi and Vinay Pathak in lead, Luka Chuppi took a solid start and registered the excellent business of total 53.70 crores in the opening week by remaining strong throughout. In the second, third and fourth week, it raked the business of 21.54 crores, 11.75 crores, and 4.04 crores respectively with a maintained momentum.

In its fifth weekend as well, Luka Chuppi showed good performance and did the business of 2.36 crores, that included 0.25 crore of 5th Friday, 0.34 crore of 5th Saturday and 0.43 crore of 5th Sunday despite having Badla, Kesari and Junglee in its opposite.

With this, the total collection of Luka Chuppi after 5 weeks, has become 92.73 crores. From the new week, it will have the much awaited Romeo Akbar Walter (Raw) also in the opposite, which could hamper its run at the box office.