Director Laxman Utekar’s Luka Chuppi continues its victorious run at the box office. The urban romantic comedy has dominated the new releases despite being in its third week. Not only in the country, the movie has been doing a great job overseas too. 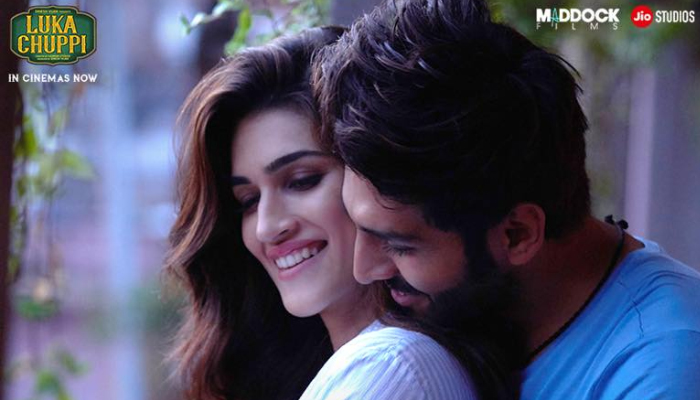 The film has been loved by the audience and the critics have hailed the performance of the leading stars in the film. It has already become one of the biggest openings for smaller budget films.

In the opening week, this Maddock Films’ had registered the business of 53.70 crores with 32.13 crores on the weekend and 21.57 crores on weekdays. Then in the second week as well, it remained strong and raked 21.54 crores that included 13.66 crores of the weekend and 7.88 crores of weekdays.

After the two successful weeks, now Kartik Aaryan and Kriti Sanon is on the third weekend and still has a good hold over the audience despite several new Hindi offerings in the opposite. On its 3rd Friday, it raked 1.62 crores with a minimal drop than the previous day.

On the next day i.e. 3rd Saturday, Luka Chuppi took a remarkable growth and minted the amount of 2.25 crores. With this, its 16 days total collection has become 79.11 crores at the domestic box office.

Vinod “Guddu” Shukla is a television reporter in Mathura who falls in love with Rashmi Trivedi, a headstrong woman. Guddu proposes marriage but Rashmi suggests a live-in relationship. Confusion and chaos begins when both their traditional families assume them to be married and start living with them.