Director Laxman Utekar’s Luka Chuppi continues to dominate the box office in its second week. Despite the release of Amitabh-Taapsee’s Badla, the crime thriller remained rock-steady at the ticket window. Starring the happening cast that includes Kartik Aaryan and Kriti Sanon, Luka Chuppi is a good fun to watch. 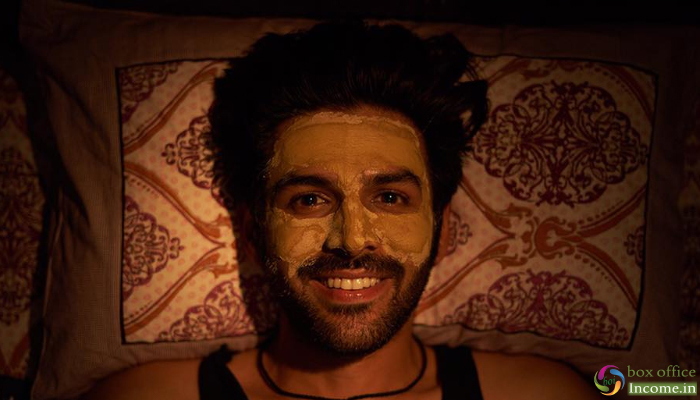 From the critics, Luka Chuppi had received mixed remarks, but from the audience it got mostly positive reviews and gained strong word of mouth. As a result, it remained unaffected opposite to the new releases and emerged super-hit so early.

Kartik-Kriti starrer picked up very well over the weekend. By remaining strong throughout, it did the business of 53.70 crores in the first week, that included 32.13 crores of the weekend and 21.57 crores of weekdays.

After a solid opening week, Maddock Film’s production passed the second week as well on a steady note. It did the business of total 13.66 crores in the second weekend, that included 3.15 crores of Friday, 5.20 crores of Saturday and 5.31 crores of Sunday.

Then on weekdays, Luka Chuppi witnessed a usual drop in footfalls but still managed to remain good and bagged the amount of 2.05 crores on 2nd Monday, 2.07 crores on 2nd Tuesday and 1.96 crores on 2nd Wednesday.

On the next day i.e. 2nd Thursday, it minted the amount of 1.80 crores and raised its 2 weeks total collection to 75.24 crores at the domestic box office. Tells the story of a television reporter who cohabits with a headstrong woman. Chaos ensues when their traditional families assume that they are married