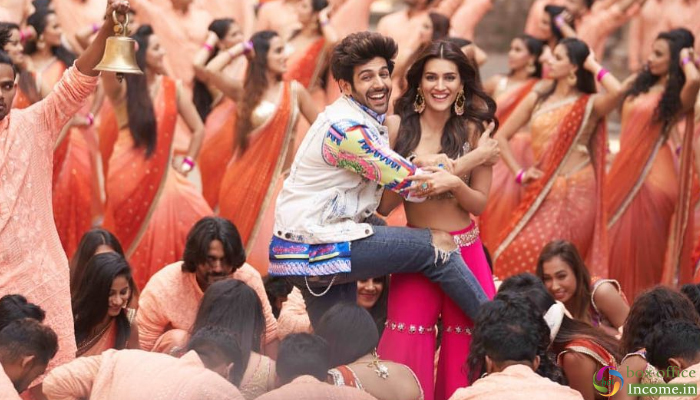 After an excellent opening week, Maddock Films’ presentation passed the second weekend also on a superb note. With a fair growth in footfalls, it did the business of 3.15 crores on 2nd Friday, 5.20 crores on 2nd Saturday and 5.31 crores on 2nd Sunday.

Now Luka Chuppi is running on weekdays and as usual, getting lower occupancy than before, but still, it is maintaining a good pace. On 2nd Monday, Laxman Utekar’s directorial minted the amount of 2.05 crores at the domestic box office.

On the next day i.e. 2nd Tuesday, Luka Chuppi faced slight more jump and raked the business of 2.07 crores. With this, its 12 days total collection has become 71.48 crores at the domestic box office including 53.70 crores of the first week. Luka Chuppi’s business has, however, been affected by Hollywood release Captain Marvel.

Brie Larson’s superhero flick has grabbed the major chunk of the market share in India. Luka Chuppi has become Maddock Films’ third film in a row to taste success at the box office. Last year, the production house saw a tremendous response from the audience for Rajkummar Rao starrer Stree.