After the first poster was out yesterday, fans couldn’t keep calm. Today, the makers of ‘Love Aaj Kal’ have launched the much awaited trailer. Love Aaj Kal trailer, starring Kartik Aaryan and Sara Ali Khan in the lead role, is out and reminds the viewers of Imtiaz Ali’s 2009 film of the same name, which starring Saif Ali Khan and Deepika Padukone. 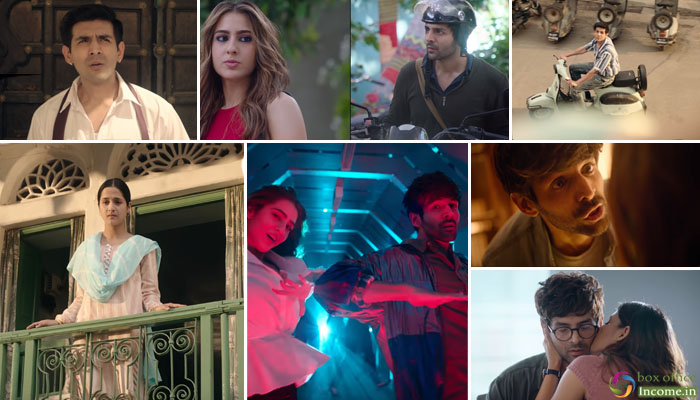 The three-minute-long trailer begins with Sara’s character Zoe asking Kartik’s character Veer about why he is following him. The scene shifts back to the 1990’s and we see that nothing has changed ever since then where Kartik romances Arushi Sharma.

Sara and Kartik steal some steamy kisses, some intimate and cute moments that will make you root for the couple. Arushi Sharma is also stealing hearts and seeing a glimpse of Randeep Hooda will make you excited for the film. In short, the trailer is all about love, passion and all things nice with a touch of mystery, sadness and compromise.

The Saif and Deepika-starrer Love Aaj Kal was the story of a couple who are in love but do not want to get married. It was an interesting portrayal of commitment phobia creeping into modern-day relationships. It is also not gender-specific, women can be commitment-phobic too.

The new version doesn’t add anything else to the original thought. We hope the film, set to release on February 14, doesn’t disappoint the way the trailer did.