Vijay Deverakonda and Ananya Panday will be teaming up for the first time for Puri Jagannadh’s pan Indian film titled Liger. The film marks Vijay’s foray in Hindi cinema. A few weeks ago, when the makers dropped the Arjun Reddy’s star’s first look from the film, netizens couldn’t stop gushing over him. 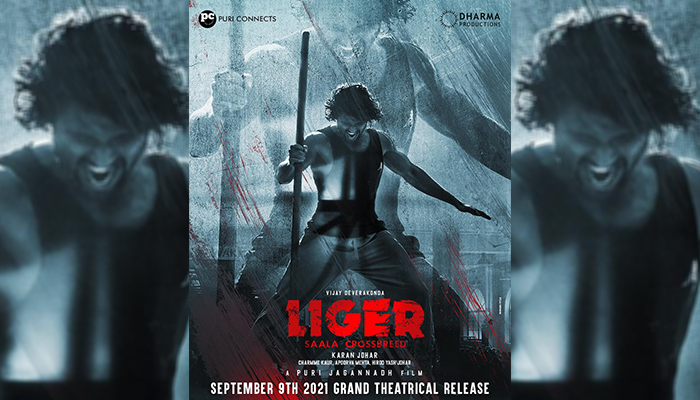 Now, the release date of this much-anticipated film has been announced and we have already marked the date in our calendar. Vijay took to his Twitter page and revealed that Liger is set for a grand theatrical release on September 9, 2021. Along with a new poster featuring him in a ‘kickass’ avatar, the actor tweeted, “The Date is set. India – we are coming! September 9, 2021.#LIGER #SaalaCrossbreed.”

His co-star Ananya Panday posted on her Twitter page, “Packing a punch in a theatre near you on the 9th of September, 2021! The worldwide theatrical release of #Liger in a language of your choice – Hindi, Telugu, Tamil, Kannada & Malayalam #Liger9thSept #SaalaCrossbreed.”

Speaking about starring in a pan Indian film, Vijay Deverakonda had earlier stated, “Someone with my background shouldn’t have reached anywhere near here according to the conventions & set norms. But with sheer madness, passion, hardwork, Here we are! For everyone like me, it is ok for all of us to dream big, Believe and make it happen.”

Liger has Vijay essaying the role of a mixed martial artist. Besides him and Ananya, the multilingual film also stars Ramya Krishnan, Ronit Roy, Vishu Reddy and Makrand Deshpande in pivotal roles. The film is a joint collaboration between between Karan Johar, Charmme Kaur, Apoorva Mehta, and Hiroo Yash Johar.