The makers of Laxmmi Bomb, starring Akshay Kumar and Kiara Advani, unveiled the trailer of the film. Directed by Raghava Lawrence, the film has been announced as a direct OTT release and will start streaming exclusively on Disney Plus Hotstar from November 9, 2020. 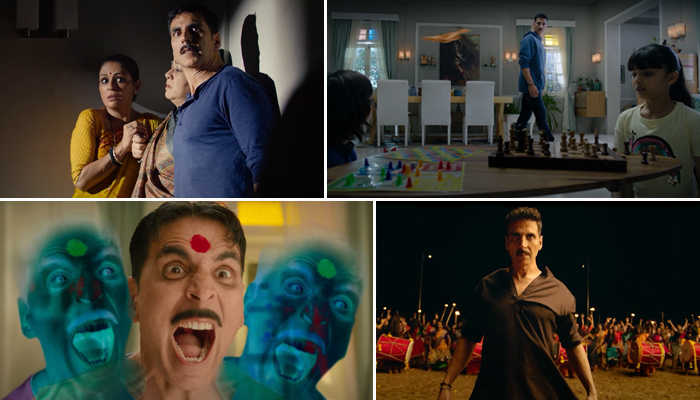 The over 3-minute trailer begins with Akshay comically saying “Jis din sach mein mere saamne bhoot aaya na, toh maa kasam choodiyan pehen lunga, choodiyan. In what one can perceive of the film’s storyline from the trailer is that the lead actor is captured by the spirit of a transgender, who is on a mission. The film’s trailer is a perfect mix of entertaining one-liners and a catchy song ‘Burj Khalifa’.

Interestingly, this isn’t the first time Muni 2: Kanchana is being remade. The film was previously remade in Kannada as Kalpana and in Sinhala as Maya. The film has also had its own share of controversies, which managed to keep it in the spotlight. For instance, the film’s director had decided to opt out of Laxmmi Bomb last year. It was only after things got sorted that Raghava came on board again.

Earlier, the makers of the film announced that while the film will be streamed on Disney+ Hotstar during Diwali weekend that is, from November 9, 2020, it will also release on the OTT platform in the USA, UK and Canada. Moreover, they also revealed that ‘Laxmmi Bomb’ will be getting a theatrical release for the countries namely Australia, New Zealand and UAE where theatres are open for public.