This Friday three new Hindi offerings are being released at box office, that include Laal Kaptaan, Ghost and P Se Pyaar F Se Faraar. Among these, only the first one have some pre-release hype because of star power and expected to open on decent note. While the fate of rest two depend on the reactions of critics and viewers. 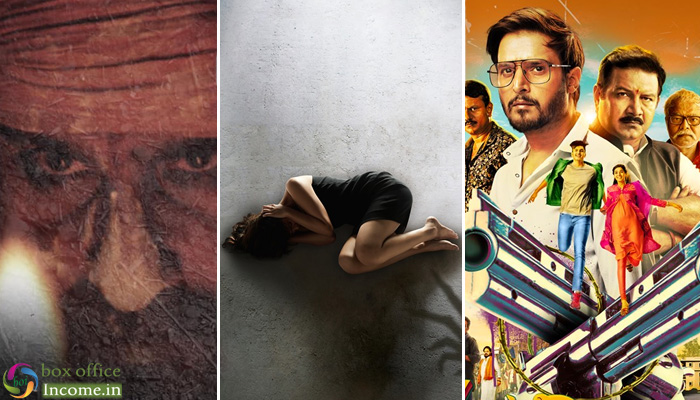 Saif Ali Khan, Manav Vij, Zoya Hussain and Deepak Dobriyal starrer Laal Kaptaan is the biggest release of this week from Bollywood and has promoted on a good scale. Directed by Navdeep Singh, the movie has made decent impact on audience with it’s promos and music.

The makers have set good buzz of Laal Kaptaan but it’s not a big ticket film, so there is no high expectations with it. Considering the reports and the fact that Laal Kaptaan has a competition with couple of weeks back released War, it seems to open in range of 2-3 crores at domestic box office.

On the other hand drama film Ghost starring Sanaya Irani and Shivam Bhaargava in lead roles, doesn’t have much buzz and it’s quite difficult for this to survive in clutter. But as Vikram Bhatt’s directorial looks delightful, it can open in range of 0.30-0.50 crore.

Another one, P Se Pyaar F Se Faraar which starring newcomers in the lead with Bhavesh Kumar making his screen debut has no buzz among audience despite a strong supporting cast with Jimmy Sheirgill leading the show and Kumud Mishra, Sanjay Mishra and Girish Kulkarni amongst others joining in.

So it seems capable to open in range of 0.10-0.15 crores at domestic box office. Let see which one will get succeed to impress audience and take better growth over the weekend.